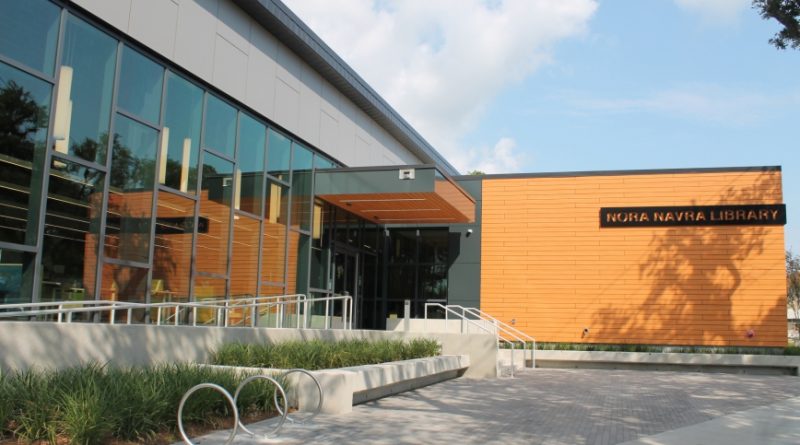 Voting: A Sacred Right and a Moral Obligation

An impressive panel of veteran organizers spelled out the rights and obligations associated with voting for a rapt audience at the Nora Navra Library on August 21. Mr. Carl Galmon, board member of the National Voting Rights Museum and Institute of Selma, Alabama, began by giving us a little history.

Voter suppression is an assault on this sacred right. It has been going on in Louisiana since the Civil War. We need to be mindful of the myriad ways that voter suppression has morphed and continued, as has racism in other forms. On July 30, 1866 white Republicans and free black people called a constitutional convention intending to oust the ex-Confederates from the government and give black people the right to vote. You can imagine how far they got with that. A mob of white New Orleanians and police killed 50 people and injured 150.

But the Radical Republicans in Congress seized on the violence to push for a tougher federal stance against Confederate holdouts, and more legal protection for black people. The 14th Amendment grew out of their efforts. The Mechanics’ Institute, where the riot occurred, was torn down in the early 20th century to build the Roosevelt Hotel. How about a plaque there or maybe a mural to commemorate those martyred early freedom fighters? They did not die in vain.

There were, of course, many other historical examples of voter suppression. But fast forward to our time: Mr. Galmon sees the Voting Rights Act of 1965 as the second Reconstruction. However, that was deconstructed, he notes, after Hurricane Katrina when the voting rights of 115,000 African Americans along with others were threatened with removal from the voting rolls in New Orleans by the Secretary of State in 2006. The Times-Picayune published 134 pages listing people who likewise were threatened with exclusion. In 2010 62 more pages were added. This purge would have been illegal. Mr. Galmon brought a lawsuit to put voting places in five cities in the diaspora. It was a victory when Judge Ivan Lemelle determined that displaced persons must be provided a way to vote in April of 2006. The Unitarian Church, Civil Rights groups, labor unions, the Concerned Black Clergy of Atlanta and others contributed mightily to this effort.

Louisiana is the most gerrymandered state in the deep south resulting in huge racial inequities  in elected officials state-wide. Dillard and SUNO don’t have polling places on site; whereas white universities do. In fact, not even all precincts – including the ones with dependable black voters, Pontchartrain Park, Desire/Florida, and Gentilly Woods – have a place where residents can go to vote as is required by the Louisiana law. According to a 2019 Rolling Stone article (“The GOP’s Stealth War Against Voters” by Greg Palast), the GOP is targeting more than 7 million voters nation-wide for voter suppression, looking for reasons, often bogus, to disqualify them. The list is being kept secret until it’s too late to protest. College students who list both their home address and their college address are being especially targeted. Elections are coming up. Panelist Ted Quant advises, “We can’t wait till we get hit by a truck to put up a stop sign.”

And its not just blacks under attack, panelists point out. Louisiana was sued in 2016 by the Southern Poverty Law Center of New Orleans for discrimination against naturalized citizens. For over 20 years Louisiana registrars had been demanding documents from 72,000 citizens – a demand that had been held unconstitutional in 1916.

Consider this: In some elections as few as 30% of the people vote. That means it takes only 15% plus one vote to win that election. Racists are motivated voters. They vote and they win. Ron Chisom who was in the audience invited 8 organizers/trainers from the People’s Institute for Survival and Beyond to this meeting. He thinks we can learn from the right. “They are doing some damned effective organizing. We need to step up our game, not work in silos, not let our egos or our favorite issue divide us.” And we can, the panelists stress, because what the bigots fear most – and what we must embrace the most – is our unity and our vote.

Ms. Viola Francois Washington, Executive Director of the Welfare Rights Organization of New Orleans, spoke of the ascendancy of women in politics. She meets once a month with African American women at the Nora Navra Library to share stories and talk about how to get involved. Mr. Galmon suggested setting up committees across the state to educate citizens about gerrymandering. Judge Miriam Waltzer pointed out that people who are age 17 can pre-register to vote and will be automatically registered when they turn 18. She also pointed out that there are 41,000-71,000 convicted felons in Louisiana who are eligible to vote and may not know it. Kim Ford live-streamed the whole meeting for social media. Joe Butler asked how to register to vote and was told you could do so by mail, by computer or by phone. Ron Chisom suggested monthly meetings of a wide range of organizations to turn out the vote and educate about how to counter voter suppression. Dr. George Amedee invited his political science class from SUNO. Among that group Angela Roberts had ideas for how to involve young people using social media.

Stay tuned for more information on next steps or contact any of the people or organizations mentioned here to share your ideas.

Orissa Arend is a member of Justice and Beyond and author of Showdown in Desire, the Black Panthers Take a Stand in New Orleans.

5 thoughts on “A Look at Voting in a Southern State”