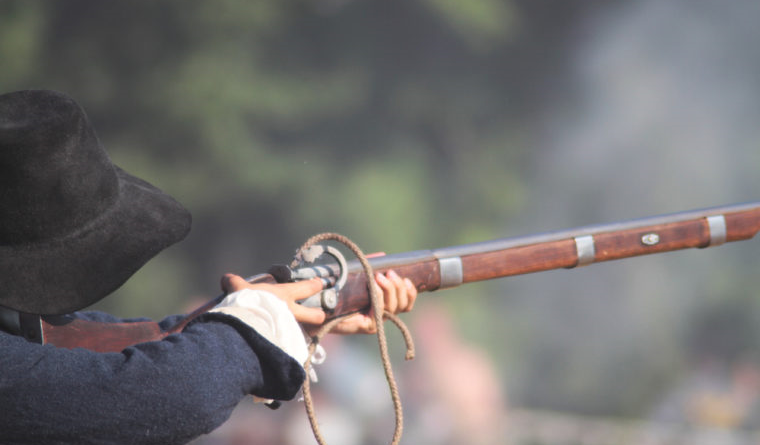 Most of the traditional Thanksgiving dinner is a lie.

There are a few popular Thanksgiving misconceptions

It’s one of American history’s most familiar scenes: A small group of Pilgrims prepares a huge November feast to give thanks for a bountiful harvest and show their appreciation to the Indians who helped them survive their first winter. Together, the Pilgrims and Indians solemnly sit down to a meal of turkey, pumpkin pie, and cranberries. But just how accurate is this image of America’s first Thanksgiving? Not very, it turns out. Here are some common misconceptions about the origin of one of our favorite holidays.

The settlers at the first Thanksgiving were called Pilgrims

They didn’t even refer to themselves as Pilgrims—they called themselves “Saints.” Early Americans applied the term “pilgrim” to all of the early colonists; it wasn’t until the 20th century that it was used exclusively to describe the folks who landed on Plymouth Rock.

It was a solemn, religious occasion

Hardly. It was a three-day harvest festival that included drinking, gambling, athletic games, and even target shooting with English muskets (which, by the way, was intended as a friendly warning to the Indians that the Pilgrims were prepared to defend themselves).

It took place in November

It was some time between late September and the middle of October—after the harvest had been brought in. By November, says historian Richard Ehrlich, “the villagers were working to prepare for winter, salting and drying meat and making their houses as wind resistant as possible.”

The Pilgrims wore large hats with buckles on them

None of the participants were dressed anything like the way they’ve been portrayed in art: the Pilgrims didn’t dress in black, didn’t wear buckles on their hats or shoes, and didn’t wear tall hats. The 19th-century artists who painted them that way did so because they associated black clothing and buckles with being old-fashioned.

The Pilgrims ate deer, not turkey. As Pilgrim Edward Winslow later wrote, “For three days we entertained and feasted, and [the Indians] went out and killd five deer, which they brought to the plantation.” Winslow does mention that four Pilgrims went “fowling” or bird hunting, but neither he nor anyone else recorded which kinds of birds they actually hunted—so even if they did eat turkey, it was just a side dish. “The flashy part of the meal for the colonists was the venison, because it was new to them,” says Carolyn Travers, director of research at Plimoth Plantation, a Pilgrim museum in Massachusetts. “Back in England, deer were on estates and people would be arrested for poaching if they killed these deer … The colonists mentioned venison over and over again in their letters back home.”

They ate pumpkin pie for dessert

A few things definitely weren’t on the menu, including pumpkin pie—in those days, the Pilgrims boiled their pumpkin and ate it plain. Other foods that may have been on the menu: cod, bass, clams, oysters, Indian corn, native berries and plums, all washed down with water, beer made from corn, and another drink the Pilgrims affectionately called “strong water.” And since the Pilgrims didn’t yet have flour mills or cattle, there was no bread other than cornbread, and no beef, milk, or cheese. And the Pilgrims didn’t eat any New England lobsters, either. Reason: They mistook them for large insects.

The Pilgrims held a similar feast every year

There’s no evidence the Pilgrims celebrated again in 1622. They probably weren’t in the mood—the harvest had been disappointing, and they were burdened with a new boatload of Pilgrims who had to be fed and housed through the winter.

The first Thanksgiving was in Plymouth, Massachusetts

Technically, the first European Thanksgiving in North America was held in Newfoundland in 1587. Plymouth colonists, however, were the first group of Europeans to host repeat Thanksgivings. The ones in Texas, Maine, and Virginia were apparently one-offs.

Native Americans were invited to Thanksgiving

Although Thanksgiving was celebrated on and off throughout the years, it wasn’t made an annual holiday until 1863. Magazine editor Sarah Hale petitioned various presidents throughout the years for the holiday to be recognized, but it wasn’t until she persuaded Lincoln that the holiday was proclaimed. It’s also worth noting that it wasn’t until Franklin D. Roosevelt became president that Thanksgiving became a federal holiday.

The Pilgrims came to American for religious freedom

The Pilgrims technically had religious freedom in Holland, where they first arrived in the early 17th century. Instead, they reportedly came to the states for money and opportunity, per the Times.