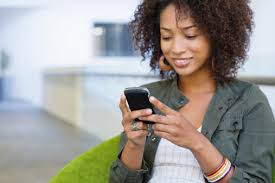 The Seductive Pull of Screens That You Might Not Know About

One reason screens have a strange power over us might be new to you.

There is a powerful  and influential reason why we get drawn into our smartphones: Our screens can act as what are known as supernormal stimuli, and this can make them very difficult to resist.

What Are Supernormal Stimuli?

Then Tinbergen created other stimuli with the color red. For instance, he carved a piece of wood and painted it vaguely fish-like, colored the bottom part a deep red, and placed it in the water. He observed that the male stickleback would aggressively attack the block of wood. Interestingly, by presenting the stickleback with an exaggerated version of the stimulus that provoked the aggressive, territorial response, Tinbergen was able to get the male in question to respond more strongly and preferentially to the exaggerated version of the stimulus than to another male stickleback! He found that creating exaggeration versions of other stimuli (e.g., plaster bird eggs with more extreme features) would also elicit stronger, and preferential, responses in other animals (e.g., the mother bird would sit on the plaster eggs instead of her own eggs). Thus, “supernormal stimuli” are so named because the intensified stimuli can elicit stronger, and often preferential, responses in animals over the natural stimuli.

Animals, including humans, are hardwired (i.e., genetically programmed) to respond to certain stimuli because they have a survival value in evolutionary terms. Supernormal stimuli, in essence, hijack the natural response tendency and cause animals to respond more strongly, and often preferentially, to the exaggerated stimuli. Importantly, supernormal stimuli tend to activate some of the same reward systems in the brain that are involved in addiction. 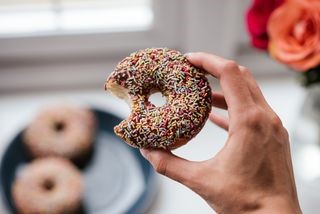 Humans are so much more evolved than most animals, but does this protect us from the seductive lure of supernormal stimuli? In short, NO. Let’s take junk food as an example. You might wonder why we are often drawn to junk food, such as potato chips and doughnuts, over natural foods like carrot sticks, raw broccoli, apples, and plain, raw nuts. Why do foods like doughnuts, pizza, and french fries taste so darn good? In evolutionary terms, shouldn’t we prefer natural, healthier foods over fried, processed, fatty, sugary junk foods?

Let’s set things like advertising, cost, and easy access to healthy foods aside for a moment (because those do play some part in all of this). Still, we all know the powerful draw of unhealthy foods. Why? The answer lies in part with supernormal stimuli. We are naturally drawn to salt, sugar, and fat. In the state of nature, these are in short supply but are important to our survival. Sugar in foods like fruit provides a wonderful source of calories, nutrients, fiber, and energy. But now we can purchase processed, high caloric foods that contain insane amounts of salt, sugar, and fat virtually anytime and anywhere.

Food manufacturers have learned to capitalize on this natural tendency to be drawn to these foods. That’s why so many restaurants and grocery stores provide us with foods that are so high in salt, sugar, and fat. We are drawn to them, so we buy them. The companies get rich, and we get fat. Most of us would agree that Krispy Kreme doughnuts, deep dish pizza, and venti frappucinos taste great. But we also know that they aren’t good for us. Yet, we consume them anyway.

What’s the aggregate effect of food manufacturers capitalizing on supernormal stimuli within their products? More than two-thirds of Americans are overweight and over one-third are obese. According to one published study, 18 percent of Americans die each year because of obesity. In a way, it’s very odd that we are so drawn to foods that are extremely unhealthy for us. One might think, from an evolutionary standpoint, we’d prefer carrots over potato chips. But clearly, as a society, we do not.

Supernormal stimuli are the reason why we generally prefer the taste of unhealthy foods to healthy foods. Supernormal stimuli “hijack” our brain’s natural reward system so that we feel compelled to pursue and obtain them. In one study involving rats, intense sweetness surpassed cocaine as a reward. Over time, this leads to our obesity epidemic. Interestingly, supernormal stimuli don’t really exist in nature; they are man-made. Krispy Kreme donuts don’t grow on trees.

So what do technologies such as email, Facebook, texting, gaming, and, yes, even Internet pornography have to do with supernormal stimuli? We know that they can have a grip on us such that we are constantly checking our phones, social media, texting, emailing, gaming, and so on. Well, many of the technologies that we are most drawn to are because they represent supernormal stimuli. They are exaggerated versions of stimuli to which we are evolutionarily drawn.

Let’s take social media as an example. In evolutionary terms, communicating with others and maintaining strong relationships are critically important for our survival. We are social creatures, and our very survival depends upon establishing and maintaining healthy relationships with others. But our evolutionary heritage did not prepare us to be interacting at all hours on our social network whose members are not physically present, can number in the thousands (or more), and are scattered throughout the globe. Social media can be viewed as an exaggerated version of our biological need to establish and maintain social relationships.

Our technological world is filled with supernormal stimuli. Our cell phone in our purse or pocket is the digital equivalent of having a fresh, warm Krispy Kreme doughnut on hand that we can nibble on whenever we desire. When we wonder why technology can have such a grip on us, we need to keep in mind that technologies such as social media, texting, news feeds, pornography, and gaming are supernormal stimuli. They are exaggerated versions of stimuli to which, evolutionarily, we are drawn. It’s no wonder why we have such a hard time putting our phones down.