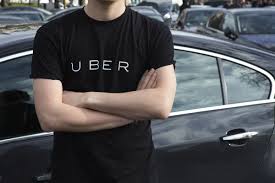 Why is Uber not Paying Its Drivers?

Uber failed to pay its drivers this week.  And according to Uber floor manager Dorian Luna Lilo, “Uber is having financial difficulties.”  The local Uber office was filled with drivers who sought information from the company.  Different company representatives gave different answers when asked what the actual reason is the company failed to pay what it owed the drivers.

“The problem is with our partner – Go Bank,” said the Uber representative at the front desk.  “We are experiencing an outage.  It’s a computer problem,” claimed another.  When the driver who had not been paid insisted on more information and got a little animated, he was promptly shooed away from the front desk as other drivers waited in a long line.

At the side desk, Todd Ables, who described his position as Senior Expert, explained that payments were delayed 2 or 3 days.  “I have bills to pay today,” said the Uber driver.  But on Uber’s website the company claims, “the more you drive, the more you’ll make. Plus, you’ll get paid weekly and your fares get automatically deposited.”  When asked directly why the payment was delayed, Ables reiterated that the payments would be made in 2 or 3 days.

Uber has suffered PR problems since its’ inception.  From disrupting the taxi business in most cities across the country, to a change in leadership after the former CEO embarrassed the company, to driver and passenger safety, Uber seems to struggle to gain stable footing.  The latest misstep, not paying drivers may only be a computer glitch or signs that the company is struggling financially.

But the attitude of the employees in the office toward the independent consultant drivers seems less than compassionate.  Uber employees were dismissive and even laughed at the concerns of the driver who was trying to understand why he did not receive his promised payments.  In fact, when asked twice if he had any concerns about the financial strains suffered by Uber drivers who were not paid as expected, Ables said, “I have nothing to say about that.”

When asked if Uber was going broke, Luna Lilo shrugged his shoulders.  In general, the Uber employees seemed upset that they were being forced to answer questions.   There is no updated information on Uber’s website, and no reply from the Uber corporate office at press time.

6 thoughts on “Uber Does Not Pay Drivers”