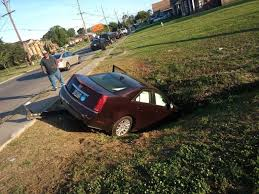 Officers waste time and resources to arrest father after he and his children were struck  buy another vehicle
By Jeff Thomas
After spending six hours in the emergency room, current talk show host Oliver Thomas was arrested last week just out of sight of his kids. Thomas was traveling with his young children when his car was struck by another. Thomas also had an unpaid speeding ticket in St. Charles parish and a bench summons issued for his appearance in court in that parish. After the accident and treatment in the ER, NOPD took him into custody. Following his arrest, local media pounced like starved lions and immediately recounted old information. Nobody can make a black man look worse than the New Orleans media. Give em Peabody’s in droves. In fact, instead of what is wrong about Oliver Thomas, his arrest shows what is wrong with the NOPD and the media.

The real story is that in a city with too few officers on the street, two officers wasted six hours in the emergency room waiting to arrest a man for a traffic ticket in another jurisdiction instead of just calling the sheriff in St. Charles parish. Noooo.  They were on the case! Whenever Mr. Thomas, strapped to a gurney, was moved to take a medical test, an officer shadowed him. When Thomas moved the two officers followed.  To be fair and to give the two officers the credit they deserve, it would have been mighty embarrassing if Oliver Thomas managed to sneak off. Can you imagine how bad the police would have looked if Thomas would have been allowed to abandon his children in the emergency room and make a mad dash in a hospital gown to catch the bus, since his car was in a ditch, to go to his special hideout from the St. Charles Sheriff. 1 Adam 12 Crazed man limping with his ass out trying to evade $100 traffic fine.  Check all crime cameras for OT!

“Maybe we should invest in crime cameras on the buses and the ER?” said one of the officers.

But the strangest thing is, the officers never informed him that an arrest was pending. They just stayed in the shadows and menacingly leered and lurked.  For years, I have maintained that the problem was with upper management at the NOPD. The lie that we need more officers is goobily gook to distract from the fact that we have too many officers behind desks doing civilian jobs instead of being on the street fighting crime. Check out my article here which details the police have a manpower utilization problem. This malaise has obviously overcome the street cops. Judgement is a big part of what every officer does every second on the job. And that these officers felt the obligation to abandon their street patrol to stay in the hospital and arrest a man for an outstanding speeding ticket from another parish is a malignancy that plagues the NOPD. Simultaneously a shooting occurred a few blocks away from the accident, but we have a $100 violator in our midst.

Efficiency and management are what the NOPD needs. Not arresting a man in the ER and separating him from his children just after a traumatic auto accident for a two-year-old speeding ticket. This despicable and unnecessary act wasted precious resources. Stemming the tide of mass incarceration starts with officers on the street. At least a strong reprimand is in order or better yet these officers should be immediately suspended for their poor judgement and waste of taxpayer money. Thomas and family have taken the higher road. “We just want other families to avoid this and suggest everyone make sure they won’t be put in the same situation,” said Jasmine Thomas. “We want this to be a teachable moment for all families,” continued Mrs. Thomas. 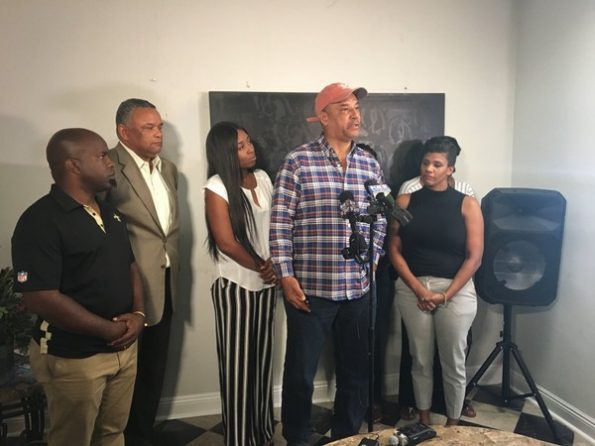 But the negative portrayal and past shaming by local media is abhorrent and appalling. Thomas’ current story is one of resurrection and revival. The over policing of African Americans is a documented phenomenon that means too many of our men will be returning from prison. Creating pathways to successful citizenship must be a focus. Past mistakes which have been repaid by time served should be building blocks not tripping hazards. OT is now the top-rated talk show host in New Orleans in the black community. He works to stop crime by counseling people involved in disputes. He mentors our youth. He speaks across this city to help uplift the lives of all New Orleanians. He is an inspirational leader from which we can all learn and grow from his examples. He is a community leader today! But the other media only talks about past indiscretions as if they are actually meaningful other than being salacious. Shame on every TV, radio, print or digital media outlet that only brought up the past in reporting this story. Local media – You are the father! Of disgusting racial sensationalism that serves only to castigate black people!

13 thoughts on “An Unnecessary Arrest and the Bigoted Local Media”