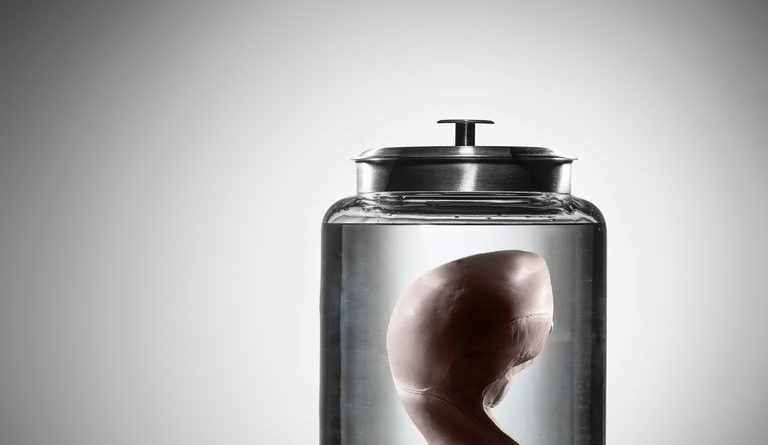 This might be a fun month for you, but December’s a rough one for your liver.

Four nogs? Your liver drinks them, too. Extra gravy? Your liver consumes it as well. Half of a jellied-cranberry log? Your liver would have stopped at a third, but you’re in this together, so . . . The important part is nearly every bite you eat and every drink you down ends up getting managed by the same organ in your body: your liver. Although it’s one of your largest organs, the stuff you do to it this month can overwhelm it and leave you with long-term damage. Which means it has less bandwidth to regulate blood sugar, process cholesterol, and make certain hormones that you need to . . . you know. . . live. Here’s how the wreckage happens and how to avoid it. (Hint: Easy on the nog.)

When you have a drink or two, your liver kicks into gear and performs triage: It transforms the alcohol in your sidecar into harmless water and carbon dioxide, which you then pee out or exhale. It also holds on to anything it can use, like the antioxidants in wine or the carbs in beer. The whole process is a no-brainer for the liver, but the metabolism of alcohol creates fatty acids along the way, which get stored as triglycerides—a kind of cholesterol—until your body can use them up. Typically, if you eat and drink reasonable amounts, it will use them just fine. Until you . . .

“If you binge, then binge again, then binge again, your liver gets shocked each time and can’t recover,” says Christopher Koh, M.D., a researcher at the National Institute of Diabetes and Digestive and Kidney Diseases. The more you drink, the more your liver shuffles those triglycerides into the “burn later” pile . . . until the pile is so big that your liver can’t get to the bottom of it. This causes inflammation and eventually kills off liver cells, leaving scar tissue in their place (and can lead to cirrhosis, a problem that’s increasingly affecting 25- to 34-year-olds). Not good. Just three get-togethers a week through the holiday season can initiate inflammation, if each outing involves more than five servings of alcohol in two hours. Not to mention when . . .

Now, some food. A lot of food.

You don’t even have to drink alcohol to mess up your liver. Seasonal foods (you know, with saturated fat, refined carbs, or processed red meat) combined with holiday-associated weight gain can lead to nonalcoholic fatty liver disease (NAFLD). “It’s estimated that up to 30 percent of the U. S. population has NAFLD, and there aren’t symptoms, so people usually don’t know and aren’t doing anything to reverse it,” says Mazen Noureddin, M.D., director of the Fatty Liver Disease Program at Cedars-Sinai. Meanwhile, that fat is wreaking the same havoc alcohol does—inflammation and eventual scarring—without the libations. NAFLD could develop in as little as six weeks if you really overdo it.

How To Hit “Restore”

Your liver can actually regenerate—if you stop beating it down. You don’t need an activated-charcoal smoothie or a beet-juice detox cleanse to do it. Your liver naturally gets itself back in working order if you move the heck out of its way. A month or so without a drop of alcohol (no beer during the game, no wine at the client dinner) can reduce the fat storage in the liver and help tame inflammation. You can undo some of the fat that causes NAFLD by cleaning up your diet and cutting portion size: Losing 5 percent of your weight can reduce fat in your liver by up to 30 percent.