Race is Key factor in Florida and Georgia Governor’s Races

Some Southern states have huge budget deficits.  The most racist states have the biggest deficits.  Louisiana has the biggest budget deficit per capita in the South. And as the Louisiana legislature grapples with its budget crisis and tries to decide where to cut education and healthcare instead of raising taxes, the issue of race and decisions based upon race rage and roil just below the surface. Instead of thoroughly examining real reform that would transform society and save billions, Louisiana’s Republican Party continues to waste money on universally proven ineffective and costly programs.

Louisiana’s legendary history of being the most brutal and deadly state for African American men continues today.  The old saying, “sold down the river” refers to slaves being sold from the brutal back breaking plantations above and around Louisiana to the more sinister and deadly sugar cane plantations in Louisiana.  Conditions were ominously more dangerous and the plantation owners much more ruthless in and around New Orleans. 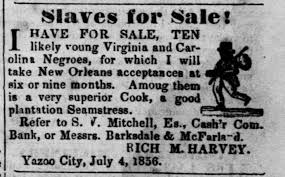 Happening for 300 years, the practice of moving the male slaves away from their families still impacts society and legislation today.   For centuries, black families were destabilized and dehumanized by attacking and removing the black male from the family.  Today, the continued destabilization and dehumanization of the black family is the most important factor in the achievement gap between whites and blacks in America. The absence of strong productive men contributes to crime, poor education outcomes and the unbreakable cycle of poverty.

Today’s slavery is the prison industrial complex.  Louisiana leads the ENTIRE WORLD in the incarceration of black people.  So despite white privileged rationalization of the inherent criminality of African American men, as the justification of this phenomenon, one  need only look at the Jerome Morgan case for real and current evidence of a corrupt and fully funded “criminal justice system” that has continued to destabilize black families. The nearly $3billion Louisiana spends on its “criminal justice” is simply the 21st century model to disenfranchise African American men with comparable in effect, bigotry and destruction of African American men and families.

Contrary to popular modern revisionist history, African American men were neither placid nor happy in their slave conditions. Escapes were commonplace. New Orleans was home to the largest slave revolt in American history.  And Southern planters stood guard around the clock to protect their investment in free labor.  Today’s over policing is remarkably similar to the constant suspicion and harassment African American men endured during slavery. Today’s Southern criminal justice emanates from this belief that movement in society by African American men should be harshly and systematically regulated.

States that spend billions to destabilize the African American family invest most heavily in jails and prisons and police and prosecutors and judges and probation and parole officers and do not invest in economic opportunities and positive inclusion into the economic system of the state.  Smarter Southern states like Texas and Alabama and Georgia have seen the light and reduced prison expenditures and reduced barriers to full citizenship like the right to vote even after incarceration and access to housing.  Now these states have seen a significant reduction in crime, greater economic growth and balanced budgets.  Moreover, Texas has been able to increase spending for healthcare and education by a factor of two compared to corresponding cuts in criminal justice.

Until this year, most Louisiana legislators were still preaching “lock ‘em up and throw away the key.” This expensive and completely failed policy only increases crime as it most pointedly destabilizes the black family.  Men who lose jobs, lose housing, whose families disintegrate and become unemployable are more often future problems than men who have second chances.  The compassion and support being delivered to suburban heroin addicts is the sort of response that promotes community healing and a solution orientation.  But for past racism, this same compassion would result in African American men contributing positively to society.

Louisiana still has budget issues.  And while legislators offer ideas like raising the age of adulthood for arrested people from 17 to 18 others simultaneously offer legislation that will remove the right to run for office for 5 years for people after being released from prison.  Let the people decide who they want to elect!

We can move forward or allow our dishonorable past to defeat our right now.