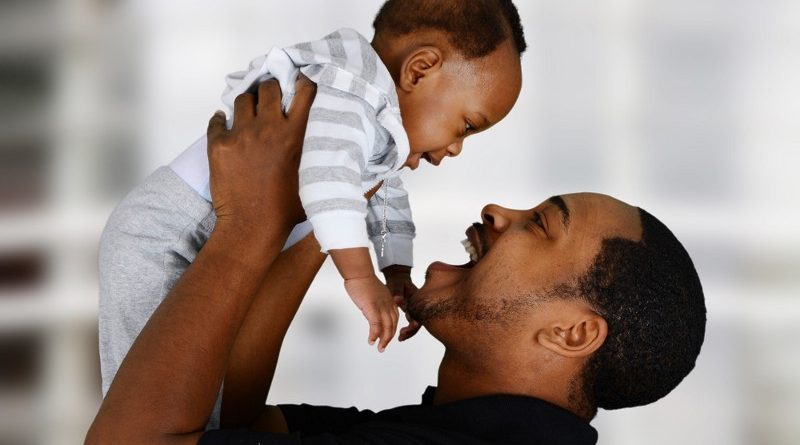 The Centers for Disease Control and Prevention (CDC) recently published new data on the role that American fathers play in parenting their children. Most of the CDC’s previous research on family life — which the agency explores as an important contributor to public health and child development — has focused exclusively on mothers. But the latest data finds that the stereotypical gender imbalance in this area doesn’t hold true, and dads are just as hands-on when it comes to raising their kids.

In fact, in its coverage of the study, the Los Angeles Times noted that the results “defy stereotypes about black fatherhood” because the CDC found that black dads are more involved with their kids on a daily basis than dads from other racial groups:

In some cases, the differences between black fathers and white or Latino fathers weren’t statistically significant. Nonetheless, the fact that there’s no dramatic drop-off for African-American fathers is still a surprising revelation for some people.

Considering the fact that “black fatherhood” is a phrase that is almost always accompanied by the word “crisis” in U.S. society, it’s understandable that the CDC’s results seem innovative. But in reality, the new data builds upon years of research that’s concluded that hands-on parenting is similar among dads of all races. There’s plenty of scientific evidence to bust this racially-biased myth.

The Pew Research Center, which has tracked this data for years, consistently finds no big differences between white and black fathers. Gretchen Livingston, one of the senior researchers studying family life at Pew, wasn’t at all surprised by the new CDC data. “Blacks look a lot like everyone else,” she pointed out.

Although black fathers are more likely to live separately from their children — the statistic that’s usually trotted out to prove the parenting “crisis” — many of them remain just as involved in their kids’ lives. Pew estimates that 67 percent of black dads who don’t live with their kids see them at least once a month, compared to 59 percent of white dads and just 32 percent of Hispanic dads.

And there’s compelling evidence that number of black dads living apart from their kids stems from structural systems of inequality and poverty, not the unfounded assumption that African-American men somehow place less value on parenting. Equal numbers of black dads and white dads tend to agree that it’s important to be a father who provides emotional support, discipline, and moral guidance. There’s one area of divergence in the way the two groups approach their parental responsibilities: Black dads are even more likely to think it’s important to financially provide for their children.

Dr. Roberta L. Coles, a sociology professor at Marquette University, has also researched black fathers for nearly a decade. Her most well-known work includes The Best Kept Secret: Single Black Fathers and The Myth of the Missing Black Father: The Persistence of Black Fatherhood in America. Like Pew, Coles has also found that even though black dads may be less likely to marry their kids’ mothers, they typically remain involved in raising their children.

In an interview with the Grio this week, Coles explained that she’s invested in continuing to challenge the prevailing stereotypes in this area. “It’s important to get it out there that that’s not the whole picture,” Coles noted. “People need to know there are men out there trying to do their best.”

That’s the same reason that Kenrya Rankin Naasel recently published Bet On Black, a collection of essays in which African-American women share their stories of being raised by great fathers. “For years, we’ve all been bombarded with statistics that scream our men are not up to the important task of fathering,” she explained in an interview with BET about her project. “Ultimately, I hope that Bet On Black challenges the rhetoric about our families and changes the conversation to one that celebrates rather than denigrates.”

Despite the concrete evidence to dispel the prevailing assumptions about black dads, the conversation is still dominated by headlines like “What’s the Problem with Black Fathers?” and “Who’s Your Daddy: The Epidemic Of Absent Black Fathers.” President Obama has drawn some criticism for repeatedly delivering speeches about the importance of fatherhood to nonwhite audiences. And this past fall, when Minnesota Vikings running back Adrian Peterson’s two-year-old son tragically passed away, the media wasted no time falling back on all the stereotypes about irresponsible black dads.

The resistance to the research in the field may speak to the fact that racially-motivated stereotypes are particularly hard to break out of. For instance, despite the wealth of evidence disproving Americans’ assumptions about welfare recipients, the deeply-ingrained myth of the “welfare queen” remains.

2 thoughts on “The Myth Of The Absent Black Father”