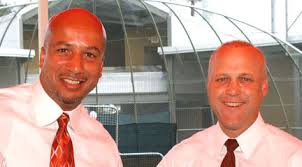 A case study of the failure of the Mitch Landrieu administration

At the end of his administration Ray Nagin got indicted and convicted of fraud.  While Nagin chose poorly and is serving his time, Mitch Landrieu has committed a much more destructive scam on the citizens of New Orleans.  Statistically, compared to when Nagin left office, NOLA is worse off today.  And given the billions of dollars that flowed through New Orleans during his term, Landrieu’s gargantuan misfeasance is significantly more debilitating than Nagin’s simpleminded malfeasance.   Mitch Landrieu’s incompetence should also be against the law.

The mess Landrieu leaves in his wake can make only Bobby Jindal envious.  Like a sudden levee break that follows a previously hidden but slow and constant leak, the end of the Landrieu administration sees a New Orleans not only mired in crime but reeling economically.  Murders are up.  Property crimes are up.  Assaults are up.  Unemployment hovers beyond recessionary levels while this administration seems focused on looking good for the upcoming Tricentennial.

Increased tax millages have made the poor poorer 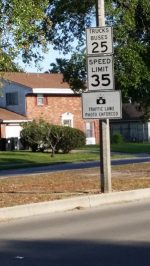 And Landrieu’s biggest success claim – a balanced budget – is one of the key contributing factors to the rise in crime and unemployment.  While the budget is balanced on paper, the real life decisions of many of those choices has been harmful.  About 22% of the Landrieu administration’s budget is based upon fines and fees.  Ratcheted up parking enforcement, including booting ten times as many cars, and speeding cameras on every major and many side streets seek to extract money from ordinary citizens daily.  Meanwhile, fines themselves have doubled or tripled in some cases.  Combine these gotcha fines with over $200.00 per household average combined millage increases and many families are financially stressed. These regressive tactics may contribute to a balanced budget, but have a destabilizing effect on our community.

Working poor people who live paycheck to paycheck can neither afford to pay these fees nor take off work to combat them.  Those who ignore these unaffordable fines will likely find their only source of transportation seized by city government and held for ransom.  Taking away transportation from the working poor is a ticket to the unemployment line.  Adding more people to the alternative cash market (crime) is too often the result of these policies.  Antagonistically, Landrieu has quadrupled the number of boot enforcement vehicles, which are armed with the best available license plate readers on the market today.  Oh! Landrieu did increased job opportunities by hiring more hearing officers and city prosecutors to prosecute the daring few who attempt to fight the tickets.  Curiously, the city has not hired one public defender to help citizens who choose to defend themselves against these charges.

Starting with the hiring of Ronal Serpas as the police chief to offering no real jobs solutions to the over 20,000 unemployed black men in the city, Landrieu has done little to solve real problems in the city.  The man who claimed “we only have one chance to get this right” leaves a dramatic legacy of failure.

This election cycle is critical.  We need to elect a transformative figure.  A piece of advice.  Be careful of the candidate who says, “I know what to do and how to do it.”

Landrieu deserves a bunk next to Nagin.

3 thoughts on “The Failure of Mitch Landrieu”