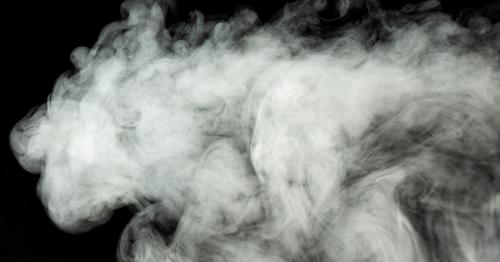 Just in case the six deaths and 380 reported cases of severe lung disease aren’t motivation enough to put down the JUUL.

In early September, the Centers for Disease Control and Prevention issued a warning to the general public. In it, the government organization asked people to “consider not using e-cigarettes.” The US Food and Drug Administration released a similar warning, urging those who use vaping devices not to buy them “off the street” or to modify e-cigarettes or their intended substances.

The two announcements—which came from the two top national health agencies—weren’t unexpected; in the past two months, news outlets have been buzzing with new information on the latest health effects of vaping.

Currently, six deaths as a result of vaping have been confirmed in six different states, and 380 cases of severe lung illness associated with e-cigarettes have been reported across the US.

Why? Researchers still don’t know for sure—largely due to the fact that vaping is a relatively new trend (from 2011 to 2018, the rate of vaping among US high school students rose from 1.5%, or 220,000 students, to 20.8%, or 3.05 million students, per the CDC). But that doesn’t mean experts are totally in the dark about the negative health effects of vaping. From various lung illnesses to rare accidents, here’s everything we know so far when it comes to the dangers of e-cigarette use.

First, an explainer on what vaping actually is, if you didn’t already know.

All the terminology can be pretty confusing, but here’s how it breaks down: A vape (or vaporizer) is any device that heats and aerosolizes a solution or juice meant to be inhaled. An e-cigarette is a type of vape that uses a nicotine-based solution (hence the inclusion of “cigarette” in the name), and a JUUL is a brand name e-cigarette. FYI: vaping devices can also be used to smoke marijuana.

While vaping devices themselves can be harmful in certain situations (more on that later), the vape solutions or juices are where the biggest issues arise: “This solution consists of particles associated with cardiopulmonary toxicity and cancer,” Tamanna Singh, MD, a cardiologist at Cleveland Clinic tells Health. “Formaldehyde, for instance, has been isolated from vapor and is a known carcinogen.” (Formaldehyde is an industrial-strength fungicide and disinfectant—and is used to embalm or preserve bodies in mortuaries, according to the National Cancer Institute).

Carcinogens aside, vape solutions also often contain nicotine, which is highly addictive, according to the National Institute on Drug Abuse. It’s so addictive primarily because it triggers the release of dopamine, which the brain translates as a reward. Nicotine has also been recognized as a gateway drug and actually makes other drugs and even activities seem more enjoyable.

In the most basic terms, e-cigarettes today have been advertised as healthy alternatives to cigarettes. In fact, JUUL was recently sent a warning from the FDA for violating federal regulations by selling their vaping products as healthier options than cigarettes without FDA approval.

But that wasn’t always the case, John Carl, MD, a pulmonologist at Cleveland Clinic tells Health. He explains that e-cigarettes were initially branded as devices that could help you quit smoking. “These were ‘smoking cessation devices,’” he explains—and the people who use e-cigarettes for that specific purpose typically benefit, as long as they’re used in conjunction with programs to help you change your behavior. “There are potential benefits [within] the context of a rigorous program,” says Dr. Carl.

But again, those benefits only extend to people who are trying to quit smoking cigarettes, which kill 480,000 people a year, according to the CDC. So while vaping might in fact be less harmful—the keyword there being “less,” so not totally devoid of harm—it is still an incredibly unhealthy behavior. The CDC’s overall sentiment: “If you’ve never smoked or used other tobacco products or e-cigarettes, don’t start.”

Vaping can irritate the lungs and lead to severe lung damage.

Vaping is still relatively new, which means research on its long-term effects (like how cigarette use can cause cancer) is unavailable. But, as far as short-term effects of vaping go, the risk is real.

“We know a lot of the short-term effects [on the lungs],” Dr. Carl says, explaining that vaping increases inflammation in the lungs. Vaping can also paralyze cilia, the “hair-like” projections in the airways of the lungs that remove microbes and debris, says Dr. Carl. When those cilia become paralyzed, they are rendered unable to do their job protecting the lungs, and this increases your risk of infection, like pneumonia. (Both lipoid pneumonia, a lung infection caused by the presence of lipids or fats in the lungs; and chemical pneumonia, a lung infection caused by inhalation of chemicals, have been linked to vaping.)

Vaping has also been linked to an “increased risk of wheezing and related respiratory symptoms,” according to a 2019 research paper published in the BMJ. The authors of the report analyzed data from nearly 30,000 individuals who smoked cigarettes, vapes, both, or neither. According to the findings, “compared with non-users, risks of wheezing and related respiratory symptoms were significantly increased in current vapers.” This is primarily caused by inflammation in users’ airways.

Another report from the New England Journal of Medicine, published in September, looks at the cases of 53 patients with “severe unexplained respiratory illnesses” in Wisconsin and Illinois—sparked by the earliest reports of severe lung illness related to vaping in late July and early August. All patients were admitted to the hospital and presented with respiratory, gastrointestinal, and constitutional symptoms—including nausea, vomiting, coughing, chest pain, shortness of breath, fever, and weight loss—and all had reported e-cigarette use within 90 days before their symptoms began.

That report essentially confirmed a case series of severe pulmonary disease linked to vaping in generally young, healthy people in Wisconsin and Illinois—and is meant to help further narrow the list of potential causes of the link between severe pulmonary disease and vaping across the US. The finding also supported the CDC’s recommendation for e-cigarette users to, again, “consider not using e-cigarettes.”

Vaping can wreak havoc on your entire cardiovascular system.

E-cigarettes’ nicotine content is largely to blame for their negative effects on the cardiovascular system—specifically, the heart.

A 2019 study in the Journal of the American College of Cardiology concluded that e-cigarette liquids—namely cinnamon-flavored liquids, along with five other flavors—led to endothelial cell dysfunction in a variety of ways, which can ultimately lead to cardiovascular diseases.

E-cigarettes can actually explode while in use.

Up until now, vape solutions (and the vapor they produce), have been largely to blame for e-cigarettes’ health issues, but the devices themselves can cause damage, too.

In June 2019, the New England Journal of Medicine published a case report that told the story of a 17-year-old whose e-cigarette exploded in his mouth while he was using it. The patient’s jaw was fractured, his chin was punctured, and he suffered from “extensive lacerations,” according to the case report. The patient also had to have his jaw re-set.

The FDA also published a guide to avoiding an e-cigarette explosion, recommending people keep loose e-cig batteries in a case so they don’t come into contact with metal objects. Additionally, the FDA says you shouldn’t charge your e-cigarette with a charger that wasn’t made for it, such as an iPhone or tablet charger, and that you should replace e-cig batteries if they get wet or damaged.

Vaping has been linked to seizures.

An April statement from the FDA revealed that “some people who use e-cigarettes, especially youth and young adults, are experiencing seizures following their use.” The statement notes that seizures—35 cases of which have been reported between 2010 and 2019—are side effects of nicotine poisoning, which results from a person being exposed to too much nicotine. The standard lethal dose of nicotine for adults is 30–60 milligrams—that translates to the ingestion of five cigarettes back-to-back or “10 milliliters of a dilute-nicotine containing solution,” according to a 2014 review in the Archives of Toxicology.

The FDA notes, however, that they don’t yet know of a clear or direct relationship between e-cigarette use and the risk of seizures. According to the press release, seizures linked to e-cigarette use may be related to varying levels of nicotine concentrations, users inadvertently inhaling more nicotine than expected, or users who have underlying medical conditions or who have used other substances.

While the research on vaping is still basically in its infancy, one thing is clear: It’s just not good for you—and if the past few months are any indication of what else the vaping epidemic has in store, the advice to stop vaping should be taken seriously.