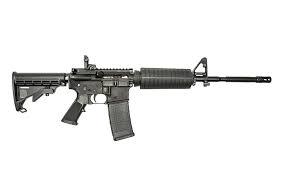 Now Is A Great Time to Be an Aspiring Mass Murderer

Let’s say you want to kill 10 to 20 people, preferably all at once, and preferably in the most accurate and efficient manner. Being that these people will typically be gathered in the same location, your first thought may be to blow them up. But congress and the courts have made it pretty hard for you to buy a hand grenade and building a bomb may exceed your cognitive limits. You could try starting a fire, but starting fires can be tricky, and even if you did get a big enough blaze going, you’d still have to keep your victims from jumping out of a window or running through the door. So, your best bet is to just shoot them.

Luckily, here in America, you have all types of options, depending on the amount of carnage you want to collect. Of them all, the AR-15 will be your best bet. You want a gun that can turn somebody’s head to mush from 500 yards away, then the AR should be your choice. You want a gun with minimum kick and allows you to quickly shoot at close range while keeping focus on scattering targets, then again, the AR is your choice.  It’s America’s number 1 weapon on the market, with about 15 million in circulation, and 1 out of every 5 guns sold today being one.

Apparently, most people who own them use them for hunting, or sporting competitions, or they keep them stashed just in case somebody tries to break in their house. There’s a minority, though, that uses them for what they were intended, which is killing people. Over the past few years, the AR has been used to mow down children, teenagers, homosexuals, co-workers at a Christmas party, people partying in Vegas, and it has done so while living up to its reputation for accuracy and efficiency.

If Congress were to ban the AR tomorrow, you could just switch to the AK-47, a heavier but just as destructive gun. It was popular in the 80s and 90s. If they were to ban the AK and all other guns deemed assault rifles, then you could always resort to handguns and spare clips, like that kid from South Carolina who killed those people in that church.

Your options have left Congress politically paralyzed. One side is calling for a ban on assault rifles to make it harder to commit mass murder, and the other is saying a ban won’t work, and how that would be punishing the majority for the actions of a minority. That other side wants to make it legal to carry guns just about anywhere. So, think about it, when you go to shoot up some preschoolers or parishioners, and you kick open the door and get ready to shoot, in theory there’d be somebody pointing a gun, maybe an AR, right back at you.

Now of course, if you’re considering killing a bunch of people, you’re crazy. And you shouldn’t be anywhere near a gun. But legally, there’s no objective criteria for crazy that would stop you from buying one. State standards are all over the place, and the federal standard is high. It requires that at some point you were involuntarily committed. Even if you met any of those criteria, it may not matter, because the federal government doesn’t even require states to turn over mental health records to the NICS, the federal database licensed gun dealers use for background checks.

As you can see, you’ve caused all kinds of confusion, and it’s making life hard on the rest of us. We’re left at your mercy, wondering whether today will be the day you show up to kill 10 or 20, or if it’s immoral to hope you spare us all by turning the barrel around and killing just 1. We’d rather you seek help instead. Given our political paralysis, that might be the best option for saving not only your sanity, but also ours.

5 thoughts on “Should We Ban the Assault Rifle”