Despite two critical losses, the New Orleans Pelicans are a legitimate playoff team and could be one of the toughest outs in the playoffs.  Anthony Davis is finally developing into a crunch time player who will confidently take and often make the pressure shots at the end of games.  Jrue Holiday’s much improved play provides the second threat that elite teams possess, and the befuddling play of Rajon Rondo all combine to elevate Alvin Gentry’s bunch that could go deep into the NBA playoffs.

Local basketball fans hoped Davis would be to New Orleans what Tim Duncan was to San Antonio.  In his first five years, Davis showed flashes of greatness while averaging 22 points and 7 rebounds per game per game.  But after leading the team to only one losing playoff appearance, questions surfaced about Davis achieving greatness in New Orleans.  Oft Injured and prone to shrinking in the big moments especially at the end of games, would the former number 1 pick in the draft even guide the Pelicans above the 8th and final playoff spot much less contend in the hyper competitive Western conference.

This season, Davis not only increased his overall play, but his body language at the end of games changed.  No longer shying away from the big moment, Davis began confidently taking and eventually sinking winning baskets.  Great leaders make their surrounding teammates better and once Davis started making game winning baskets, the team responded.  The team slowly and steadily stacked wins and climbed in the standings. 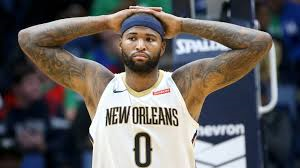 Last year the Pels were struggling with consistency while Davis matured and added 5 points to his scoring average. But the team was out of the playoff hunt and heading towards a lottery pick again.  Pels GM Del Demps had to give Davis some help on the floor.  In a blockbuster move, Demps traded for DeMarcus Cousins and immediately changed the trajectory of the franchise.  But the dividends were neither as immediate nor dramatic as the trade seemed to foreshadow.  The Pels missed the playoffs last year and before Cousins sad and potentially career ending injury, the team was struggling to stay in the playoff race.

Cousins injury ignited the champion in both Davis and Holiday.  During the recent 10 game winning streak, both played so well that the Pels looked like a dominant NBA team.  But most importantly, during this run, Davis made last second game winning plays in 4 of the victories.  In previous years, Davis seemed wary and afraid of the moment.  Now he steps up and calmly sinks winning free throws and baskets.

If Davis has turned the confidence corner the only question left seems to be his durability.  But the ankle injury that sidelined him for the last game was a any given jump shot in traffic scenario rather than a non-NBA rigors body that seemed to derail him earlier in his career. 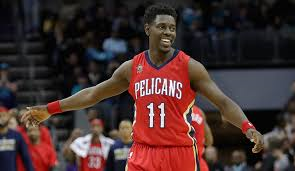 One thing is certain, the Pels have improved dramatically since Cousins went down.  His requirement to handle the ball and create his own shot will not mess with the fast paced, athletic in space, running and gunning style that Gentry used successfully in Phoenix.  If Rondo can limit his penchant to turn the ball over trying to make the incredible play and continue to push the pace and create plays for Davis and Holiday with court spacing, then this group with a healthy and confident A.D. can host and advance in the playoffs.