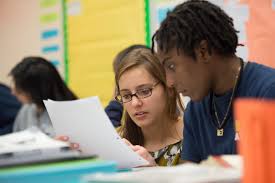 Before Hurricane Katrina, New Orleans’ public schools were run by a bureaucracy accused of enriching itself at the expense of students. After Hurricane Katrina, a number of reforms were implemented, and things began to change. Now, 12 years later, New Orleans’ public schools are run by a number of bureaucracies that are being accused of enriching themselves at the expense of students.

To be fair, students seem to be benefiting, too.  Test scores are up, along with graduation rates, and choice of schools to attend, which is great news if you ignore past reports of manipulating test scores, schools cherry picking students, and expelling or discouraging those who may bring overall test scores down. But regardless of what happened in the past and may still be happening, state standards and stats say students are getting a better education than they were before Hurricane Katrina.

Those who aren’t faring better since the reforms are teachers. According to a recent BGR report and great feature story in the Lens, the gap between teachers’ pay and administrators’ pay is wide and widening, widening similar to the income gap between the rich and rest of the country. Administrative salaries are up 52% while classroom spending is down 10%, mostly because teachers are paid less post-Katrina and receive less benefits. Teachers are probably being paid less because they tend to be young and lack experience. They are receiving less benefits because the state has a terrible history of balancing its budget.

The study doesn’t say how the pay is distributed, whether if it’s a large pool of inexperienced teachers dragging the percentage down while experienced teachers are actually being paid equitably, or how much teachers and administrators make on average, but the reported gap between what’s being spent on administrative salaries and what’s being spent in the classroom reeks of pre-Katrina New Orleans.

The increase in the amount of administrative salaries could be partly justified if it was due to more office personnel being hired to help run the schools, but that doesn’t seem to be the case. Most of the increase went to pay raises, which indicates administrators are being rewarded more than teachers. Maybe, in this reform era, administrators are more valuable than teachers, but that seems farfetched considering that it’s teachers who are the front-liners educating our children.

An interesting question is will this change anything? Typically, top heavy organizations that reward management at the expense of low wage lower level employees are subject to strikes by disgruntled employees or those employees putting in less effort because they’re made to feel cheap and interchangeable. This would be avoidable if how pay was being distributed was kept secret, but the study made this information public.

So what’s next? The reforms did away with the teacher’s union, so it would take some serious coordination for teachers to unite and combine their demands. What is most likely to happen is that teachers will continue to be viewed as expendable and easily replaceable. Education here and nationally is becoming more standardized. Schools are under pressure to perform well on standardized tests, and in most cases have their existences based on them.  A side effect may be regarding curriculum teachers no longer must be intuitive, instead are required to follow a standardized script. The thinking may be why pay teachers more to do less.

For all our sakes and with any luck this model is sustainable. Hopefully the test scores and standards in their rankings are not the result of manipulation, and the pay gap is either lessened or somehow justifiable. In New Orleans though, cynicism is well deserved, so for now we wouldn’t be wrong in presuming that the answer is probably not.