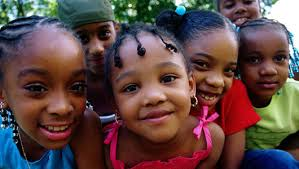 Many of kids’ so-called “naughty” behaviors are developmental and human.

Here are 10 ways kids may seem like they’re acting “naughty,” but really aren’t. When we recognize kids’ tough behaviors as reactions to environmental conditions, developmental phases, or our own actions, it lets us respond proactively, and with way more compassion.

Ever say to your kid, “Don’t throw that!” and they just throw it anyway? Research  suggests that the brain regions involved in self-control are immature at birth and don’t fully mature until the end of adolescence, which explains why developing self control is a “long, slow process” (Tarullo, Obradovic, & Gunna, 2009, 31). A recent survey  revealed that many parents assume children can do things at earlier ages than child development experts know to be true. For example, 56% of parents felt that children under the age of 3 should be able to resist the desire to do something forbidden, whereas most children don’t master this skill until age 3 ½ or 4 (ZERO to THREE, 2016). Reminding ourselves that kids can’t always manage impulses (because their brains aren’t fully developed) can inspire gentler reactions to their behavior.

You take your kid to Target, the park, and their sister’s play in a single morning, and inevitably see meltdowns, hyperactivity, or outright resistance. Jam-packed schedules, overstimulation, and exhaustion are hallmarks of modern family life. Research suggests that 28% of Americans “always feel rushed” and 45% report having “no excess time” (Robinson, 2013). Kim John Payne, author of Simplicity Parenting, argues that children experience a “cumulative stress reaction” from too much enrichment, activity, choice, and toys. He asserts that kids need tons of “down time” to balance out “up time” (Payne, 2010). When we stop rushing and build in plenty of quiet time, play time, and rest time, children’s behavior tends to improve dramatically.

Ever been “hangry” — angry because you’re hungry — or completely out of patience due to your own sleep deprivation? Little kids are affected 10-fold by the “core conditions” of being tired, hungry, thirsty, over-sugared, or sick. Kids’ ability to manage emotions and behavior is greatly diminished when they’re tired. Many parents also notice a sharp change in children’s behavior about an hour before mealtimes, if they woke up in the night, or if are coming down with an illness. Kids can’t always communicate or “help themselves” to a snack, a Tylenol, water, or a nap like adults can.

As adults, we’ve been taught to tame and hide our big emotions, often by stuffing them, displacing them, or distracting from them. Kids can’t do that yet. Janet Lansbury, early childhood educator, has a great phrase for when kids display powerful emotions such as screaming, yelling, or crying. She suggests that parents “let feelings be” by not reacting or punishing kids when they express powerful emotions. 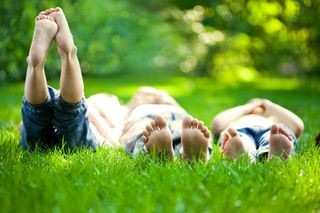 “Sit still,” “stop chasing your brother around the table,” “stop sword fighting with those pieces of cardboard” “stop jumping off the couch.” Kids have a developmental need for tons of movement. They have a tremendous need to spend time outside, at parks, ride bikes and scooters, do rough and tumble play, crawl under things, swing from things, jump off things, and race around things. Instead of calling a child “bad” when they’re acting energetic, it may be better to organize a quick trip to the playground or a stroll around the block.

Every 40- and 50-degree day resulted in an argument at one family’s home. A first-grader insisted that it was warm enough to wear shorts, while mom said that temperature called for long pants. Erik Erikson’s (1963) model posits that toddlers try to do things for themselves, and that preschoolers take initiative and carry out their own plans. Even though it’s annoying when a child picks your tomatoes while they’re still green, cuts their own hair, or makes a fort with 8 of your freshly-washed sheets, they’re doing exactly what they are supposed to be doing—trying to carry out their own plans, separate, make their own decisions, and become their own little independent people.

We all have core strengths that trip us up too. Maybe we’re incredibly focused, but can’t transition very easily. Maybe we’re intuitive and sensitive, but take on other people’s negative moods like a sponge. Kids are similar – they may be driven in school, but have difficulty coping when they mess up (e.g. yelling when they make a mistake). They may be cautious and safe, but resistant to new activities (e.g. refusing to go to baseball). They live in the moment, but aren’t that organized (e.g. letting their bedroom floor become covered with toys). Recognizing when a child’s hard behaviors are the flip side of their strengths—just like ours—can help us react with more understanding.

Your kid paints her face with yogurt, wants you to chase her and “catch her” when you’re trying to brush her teeth, or puts on daddy’s shoes instead of her own when you’re racing out the door. Some of kids seemingly “bad” behaviors are (what John Gottman calls) “bids” for you to play with them. Kids love to be silly and goofy. They delight in the connection that comes from shared laughter and love the elements of novelty, surprise, and excitement. Play often takes extra time and therefore gets in the way of parents’ own timelines and agendas, which may look like resistance and naughtiness even when it’s not. When parents build lots of play time into the day, kids don’t need to beg for it so hard when you’re trying to get them out the door.

Multiple research studies on emotional contagion have found that it only takes milliseconds for emotions like enthusiasm and joy, as well as sadness, fear, and anger, to pass from person to person, and this often occurs without either person realizing it (Goleman, 1991, Hatfield et al., 2014). Kids especially pick up on their parents’ moods. If parents are stressed, distracted, down, or always-on-the-verge-of-frustrated, kids model off these moods and often emulate them. When we are more able to stay grounded and centered in challenging situations, we teach our kids to do the same.

At one ball game, you buy your kid M & Ms. At the next, you say, “No, it’ll ruin your dinner,” and your kid screams and whines. One night you read your kid five books, but the next you insist you only have time to read one, and they beg for more. When parents are inconsistent with limits, it naturally sets off kids’ frustration and invites whining, crying, or yelling. Just like adults, kids want (and need) to know what to expect. Any effort toward being 100% consistent with boundaries, limits, and routines will seriously improve children’s behavior.

2 thoughts on “Not Naughty: 10 Ways Kids Appear to Be Acting Bad But Aren’t”