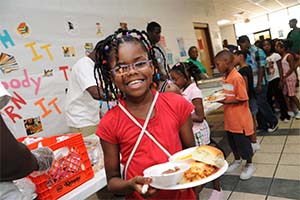 of Greater New Orleans and Acadiana’s use of food for political leverage, to control residents in our communities and the agencies which provide direct service to hungry families, is both unethical and malevolent.

For the last three months I have watched the shenanigans of Second Harvest staff members like a bad movie. Just as I thought it couldn’t get any stranger, it did. In their latest gambit, via email, their CEO attacks our executive director and attempts to bribe our treasurer, a minister, with an offer to open a pantry under different leadership in the same church which houses our administrative offices.

is a nonprofit, community development corporation with administrative offices at Trinity Lutheran Church in the Lower Ninth Ward. Since August 2016, over the past six and a half years, our organization has operated food pantries at public housing facilities and churches, without incident, as a member agency of Second Harvest of Greater New Orleans. We paid Second Harvest annual dues of $200 and fees of $50 per food delivery for each of our three pantries at Guste Highrise, Fischer Senior Village and Trinity Lutheran Church, in order to distribute 208,000 pounds of food our 400+ income-qualified families across New Orleans last year. Other nonprofits and churches, like ours, do the work of distributing food to families, without public recognition by or financial support from Second Harvest, because of the greater importance to us of feeding families in our neighborhoods.

In March of this year, our agency was blocked from ordering food in retaliation for speaking up to Second Harvest employees on behalf of our organization and community. We have documented instances of retaliation, politics, bigotry, and malevolence in word and deed by Natalie Jayroe, CEO and her subordinates. This includes employment of divisive and deceptive practices: separate conversations with our partners offering them direct food access as a concession in exchange for distancing themselves from our organization, the same organization which brought food access programming to their recipients at their request over six years ago. Our staff and community partners have been described as “angry”, needing to be respectful, and having “crossed the line” after speaking up to defend themselves.

We were unable to provide food to our 400 households during Easter week and Mother’s Day week. 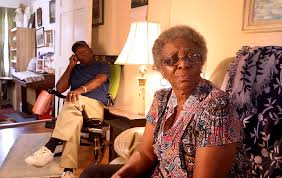 After receiving neither satisfactory response nor resolution from the staff, and CEO regarding unwarranted blocking of our coordinator from the ordering system and subsequent termination of our agency relationship, we have presented our concerns to the chair of Second Harvest’s board of directors, the Archbishop, Justice and Beyond Coalition, and partner organizations including administrators at Guste Highrise, Fischer Senior Village, Ninth Ward Senior Center, Positive Living Treatment Center, Tekrema Center for the Arts, and Leona Tate Foundation for Change.

We see anger, resentment and retaliation in the actions taken by Second Harvest against us, a longstanding member agency. In some communications, the CEO praises the work of our executive director and in others she launches direct attacks against her instead of taking responsibility for her missteps and those of her subordinates. These are attempts to cover their tracks and hide their hands when a simple acknowledgement of having made a mistake, an apology and reinstatement of our agency status would have sufficed.

Likely in response to growing pressure and scrutiny, Second Harvest has begun dropping off food at our pantry locations without notifying us and telling the public that our Trinity pantry was cancelled due to compliance issues. The CEO continues to cite compliance issues when neither she nor the two subordinates, to whom she insists we defer, have ever inspected pantries and after having been provided evidence of compliance, written by her former employee, who inspected our site and was subsequently terminated.

In the most recent attack: an attempt to malign, and marginalize our executive director and divide our governance, the CEO offers our board member a new pantry in the same location that she claims has compliance issues, Trinity Lutheran Church, under different leadership in exchange for his adherence to their public relations process, i.e. silence, while surpassing any formal application process. All she requires is the name of a new contact person. We see this as an attempt to bribe one of our board members, separating him from his fiduciary responsibility and allegiance to Renaissance Project, in order to satisfy Second Harvest’s desire for quick resolution to quell a growing public relations problem.

We have operated food pantries for over six years in attempt to deliver free food to the needy.

We will no longer communicate with Ms. Jayroe or her subordinates and ask the Second Harvest Board of Directors, Archdiocese of New Orleans, and the public to investigate and hold Second Harvest’s CEO accountable to their member agencies, all families served, and the general public.