N7 is one of the most celebrated new restaurants in America.  During its brief existence, it has been written about extensively and continues to receive rave reviews.  Bon Appetit Magazine named it among this country’s top 10 new restaurants in 2016.  I met the owners, Chef Yukiko Yamaguchi and her husband Aaron Walker in 2015, while they were still operating their first restaurant, Yuki Izakaya. At this time, N7 was already well on its way to becoming a reality.  Yuki’s closed its doors last year in October, but I pray N7 becomes a staple in New Orleans that goes on forever.  I classify it as “Brand New Orleans”.  It emerges from our City’s rebirth after Hurricane Katrina and embraces those qualities that make New Orleans unlike anywhere else on the planet.  Enchanted, nostalgic, decadent, quaint, exotic, romantic, a blending of cultures, though decidedly French…  I know I will return to it over and over again.  Hidden behind a plain wooden fence on Montegut street in the Bywater neighborhood, is an experience that takes you to a charming local restaurant in a small town somewhere in France, where the Japanese Chef adds her own influences to the traditional cuisine.  Go with an open mind and the spirit of adventure. I’m sure you’ll be delighted. (1117 Montegut Street, New Orleans, LA 70117) 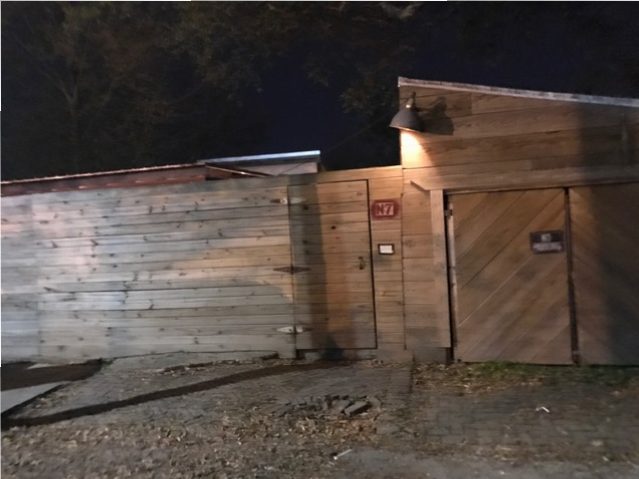 I had the opportunity to ask Chef Yukiko a few questions about her personal journey, her restaurants and her love of cooking.  At the time, Yuki was still open, and this part of the interview focuses on that restaurant and Yukiko’s introduction into becoming a restauranteur.  She also shared Yuki’s very popular Karrage recipe.  We will discuss the creation of N7 in the second part of this interview. I hope you enjoy learning about her and her philosophy of cooking as much as I did.

Kara: Please tell a little bit about yourself and how you became involved in the restaurant business.

Chef:  I was born in Tokyo, Japan and came to the US to study English at age 18.  I ended up getting married to an American, Aaron Walker, who I own the restaurant with.  I was a bartender at Cafe Brasil before Hurricane Katrina.  After the storm when we came back from evacuation the owner offered me the lease.  I had never run a restaurant or bar by myself.  So I talked to my husband about it and we all came up with the concept of an izakaya for New Orleans.  The owner of Cafe Brasil, Ade, was very helpful in mentoring us about how to do things. At first, when we first opened, it was pretty packed immediately.  I think that is partly because there weren’t that many places open after the storm and also it was kind of a new crazy atmosphere with red lanterns and old movie posters and films projected on the walls, lots of interesting Japanese things from the 1940s-70s.  People needed a release after the storm.  And we had DJs playing world music and Latin American, Jazz and French chanson bands.  It was a crazy place…and new types of food.  So pretty much right away it was a hit.  It was open very late and you’d wander in off of dark and empty Frenchmen Street (at that time) and all these people would be drinking and eating ramen and Japanese fried chicken, and lots of dancing.  It would be packed in there.  We used to stay open until 4 or 5 am!

Kara:  Why did you choose your particular kind of cuisine and how did you influence it?

Chef:  For the concept, every time we are in Japan we always go to the izakayas.  But as New Orleans didn’t have one, I figured it would work.  It seems like many Japanese people come here and open sushi restaurants and they are generally pretty much the same.  But there is so much interesting food and styles of establishment in Japan.  A lot of our food is pretty traditional and basic Japanese tavern food.  But I am interested and experimenting with other cuisines, especially French.  I think the two cultures are like sister cultures, the attention to quality and aesthetics and sometimes minimalism…but then the country foods of both countries is very hearty.  So I think French cuisine is a natural place to meld the two cuisines.  Both countries have so many different types of cuisines in the different regions.

Kara:  What is a dish that holds special meaning for you and why?

Chef:  I love ramen.  I love sashimi.  For Yuki, perhaps the fried chicken.  It’s my mother’s recipe.  I called her on the phone after the storm for it.  It’s marinated in sake and ginger.  The fried chicken is very popular for the people who know about it.  Big Chief Monk Boudreaux comes in and eats it sometimes.  He said it tastes like fried oysters.  I think that is a complement?!  And fried chicken, I’m sort of a fiend for that…I’ll pick up Man Chu’s or a box of Popeyes and have with some sashimi and cold sake!

Kara:  When was the first time you prepared this dish?

Chef:  I guess growing up we hung around the kitchen when my mom made it.  But it was after Katrina that I really started honing it in.  I never really played with the recipe before opening Yuki Izakaya.

Kara:  What influences steered you toward becoming a chef?

Chef:  My husband and I love to travel and eat.  When we go to another city or another country, instead of sightseeing we go to restaurants.  We sit down twice a day if we can and have lunch or dinner, either for Vietnamese (which we eat for lunch about 4-5 times a week) or at home.  It’s the ritual and discovery of wonderful foods.

Kara:  If you could not be a chef, what career path would you take?

Chef:  If not a chef, maybe a painter.

Kara:  What lessons have you learned from cooking that can be applied to
everyday life?

Chef:  There is great joy in creating food and having people enjoy it.  Sometimes I want to be alone with my husband and daughter and have dinner, but when I start to cook I want to invite others over to enjoy it and share.  That may annoy some of our friends because they will get a call at 8pm!  But it’s like that saying about fishing.  If you are given a fish you can eat that day.  But if you learn to fish you can eat for your lifetime.

Kara:  If you  had to pick one thing that you could pass down to future generations about you and your particular style of cooking,
what would it be?

Chef:  I think it’s happening already in America now which is great.  That is paying attention to quality and real ingredients instead of processed food.  And being open to other culture’s cuisines and enjoying them.  We went to Mexico City and ate grasshoppers and ants and mosquito larvae…it was great but maybe America is not ready for that.  But eating real food, knowing the slow food movement.  One thing I wish would change here is the protections against all the great raw cheeses that come from France.  That is slowly opening up but it’s still hard to get the soft cheeses and they are so much better than pasteurized.  And also all the great meats from Europe that are blocked from coming here.  It’s a different world and if you have not tasted real blood sausage from somewhere like Normandy, then you have not lived yet.

Kara:  Who  or what inspires you when you’re preparing a meal?

Chef:  The music playing, the type of pan I am using, the rustic rawness of the ingredients, who I am going to share the meal with.

Kara:  What place does tradition have in your cooking and why?

Chef:  I like tradition.  I think a little bending of rules is ok, but I do enjoy that certain cultures have their ways and that is the way we do them.

Set the mood to cook:  I recommend sake and your favorite music. N7’s playlist is as eclectic and cosmopolitan as Yuki’s was.

I use chicken thighs only, debone them and marinate in equal parts sake and soy sauce as well as some ginger overnight.  Then deep fry with a panko batter.  It’s actually very simple. 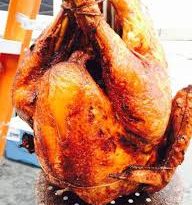 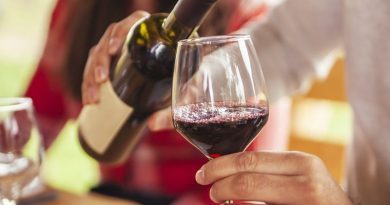