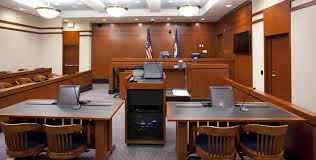 Allowing all proceedings to be confidential gives the appearance of impropriety.

The judges in New Orleans are tasked with deciding complex legal issues.  These issues are almost always personal and are typically critically impactful to the lives of the people involved.  Whether a prison term or a monetary judgement are the outcome, individuals’ lives change sometimes dramatically because of a decision made by a judge.  The current national clamor surrounding the Supreme Court is an indication of the importance judges play in people’s lives.  In Louisiana we elect our judges.  And more than any other locally elected official, people’s lives are changed more dramatically by the decision a judge makes.  For example, though regressive and unfair, the sales tax hike the legislature just passed can be more easily absorbed than a $1200 judgement unfairly imposed by a lazy, local small claims court judge.

Since their decisions are so individually impactful, our judges must be beyond reproach, fair, honest and trustworthy.  In Louisiana the Judiciary Commission is tasked with investigating ethical complaints against judges. While judges should be free to issue decisions they view as just, judge behavior and integrity must be paramount.   If an ethical complaint is found to be valid, then the commission makes a recommendation to the Supreme Court which “may censure, suspend with or without salary, remove from office, or involuntarily retire a judge for willful misconduct relating to his official duty, willful and persistent failure to perform his duty, persistent and public conduct prejudicial to the administration of justice that brings the judicial office into disrepute, and conduct while in office which would constitute a felony, or conviction of a felony.”

In fact, there are 7 rules, called canons, that all judges must follow always.  They are:

While most judges take their work seriously and work diligently, sometimes they misbehave.  And if a person was treated unetically by a judge how are they to access this commission?  Is there information available about complaint options posted in courtrooms?  Do judges provide this information as a part of their judgments?  Do clerks of court provide this information?  How about the Supreme Court website?  Is there a click here for complaints about judges button?

The fact is that access to the complaint process is obscured at best and maybe intentionally made difficult to find.  Courts are where average people seek justice.  If a judge misbehaves, then a person has a right to seek retribution.  The already complicated legal system makes what should be an easy to accomplish task unnecessarily burdensome. Since the Supreme Court is the governing body, you would think at least a direct link would exist on the Supreme Court’s website.  But none exists. The path for the average citizen to lodge a real complaint against a judge is too cumbersome, complicated and difficult.  This must be improved.

But more egregious is the vail of secrecy.  If a person has been mistreated and is persistent enough to find out how to file a complaint against a judge and actually files the complaint, they get no information about the proceedings.  According to the Supreme Court website, “all documents filed with and evidence and proceedings before the Commission are confidential”.  As a complainant the only information you may ever receive is what you file with the commission. Everything else about the investigation is confidential.  The outcome of the case is confidential, unless and until “Commission files a recommendation for discipline or retirement with the Supreme Court”.  This is even more incredible when you find out the ruling of the commission is final. No appeals. No information offered about the confidential results of the commission’s findings.  Just case closed.  This is improper and provides fertile ground  for coverups or attacks by biased commission employees and/or just plain old rug sweeping. Talk about the appearance of impropriety!

These are publicly elected officials who get to hide behind the security of government bureaucracy.  If cases are officiated by judges, involving public disputes, and are held in open to the public courtrooms, shouldn’t cases against those same judges in those same cases be open to public scrutiny?  To do otherwise violates the first three canons of judicial conduct.

See how easy that was?