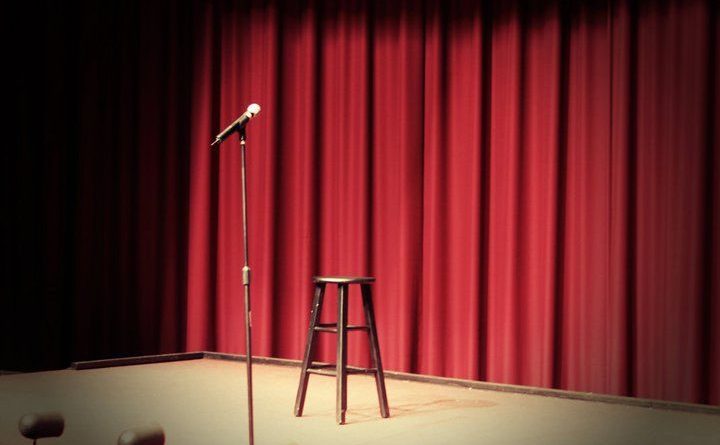 Humor is often the first casualty of political correctness.

Sigmund Freud was the first thinker to recognize that humor is a form of aggression. To mock is to disparage, and to bring down. In a world of political correctness, group differences are denied. Humor is often the first sacrifice on the fires of political righteousness.

Those older than 30 will remember the TV series Seinfeld that made its way as an equal-opportunity mocker in which no group was off-limits.

When Seinfeld’s fictitious dentist friend, Whatley, converts from Catholicism to Judaism purely for the jokes, Jerry goes to the Catholic priest to complain through the confessional grille.

“So this offends you as a Jewish person?” the priest asks. “No,” Seinfeld replies, “it offends me as a comedian.”

While this reductio ad absurdum of identity sensitivity is one of the wittiest lines in the series, Seinfeld, the series, is incompatible with the political correctness of the times in which we live.

The void has been filled by right-wing politicians whose racist screeds are no joke.

As political animals, humans automatically divide the social landscape into in-groups and out-groups. As fans, we support one team and want the competition to crumble in defeat.

In principle, this is no different from a group of monkeys threatening another group that strays near their territory.

Such group distinctions may seem an inevitable feature of social primates but they emerge relatively late in human social development. Three-year-olds often ignore the ethnic-group distinctions that their parents make and interact easily across ethnic lines, suggesting that young children make no rigid in-group-out-group distinctions, although they acquire racial categories, and prejudices, independently of parents, by the age of five.

However slowly, these distinctions emerge in child development, they are generally most salient in contexts where there is real group competition. For example, the Protestant majority in Northern Ireland used to deny jobs and housing to the poorer Catholic community, fueling hostility and political violence. In that sort of environment, it was important to know a person’s religion as a predictor of how they might respond to others.

In-group-out-group distinctions may have a useful informational component for this reason but there is much about intergroup hostility that reflects self-serving biases.

Ever since the Robber’s Cave experiment, we know that group hostility gives rise to cognitive distortions and stereotypical thinking.

In that groundbreaking research, it was demonstrated that groups can express hostility to other groups that are identical to themselves if they have competing interests. Moreover, they nurture negative stereotypes about the out-group. Once such antipathies exist, they form the basis of jokes that play on presumed deficiencies in the out-group, whether it is low intelligence, physical deficiency, or moral depravity.article continues after advertisement

When territorial monkeys meet at a common boundary, they often give vent to their hostility in the form of threatening vocalizations, thereby reinforcing their solidarity.

Among humans, a similar function is served by identity-based humor. Humor may denigrate out-groups but, in doing so, it also reinforces group solidarity. For that reason, it is highly unlikely that while group distinctions exist there will ever be a form of humor that is sanitized and politically correct.

While humor may serve the function of reinforcing group solidarity, this benefit is offset by intergroup conflict and its many disadvantages, including discrimination and violence.

This raises the question of whether group solidarity can be increased in the absence of out-group hostility.

Can one have solidarity without out-group hostility?

Residents of a country are never more unified than when they go to war. That is why failing regimes, such as Iran’s theocracy, pick fights that provide no rational benefits.

This phenomenon is a familiar feature of animal behavior. Small birds that had been squabbling among themselves may band together to mob a hawk. Bands of monkeys are never more unified than when they encounter rival groups.

This raises the question of whether group solidarity really exists in the absence of an external threat. After all, most animals live in groups only because there is safety in numbers.

Even so, many primates do experience solidarity from friendships based on grooming. Territorial aggression may also be defused when females have sex with the dominant male from a rival group. Bonobos are unusual in making indiscriminate sexual activity the basis of in-group solidarity.

Whatever the logic in other species, the human use of humor invokes solidarity by summoning up imaginary enemies, such as spouses, mothers-in-law, boring people, politicians, bosses, or other popular butts of jokes. If we share a common enemy, even in jest, we must be friends.

2 thoughts on “In-Groups, Out-Groups, and Jokes”