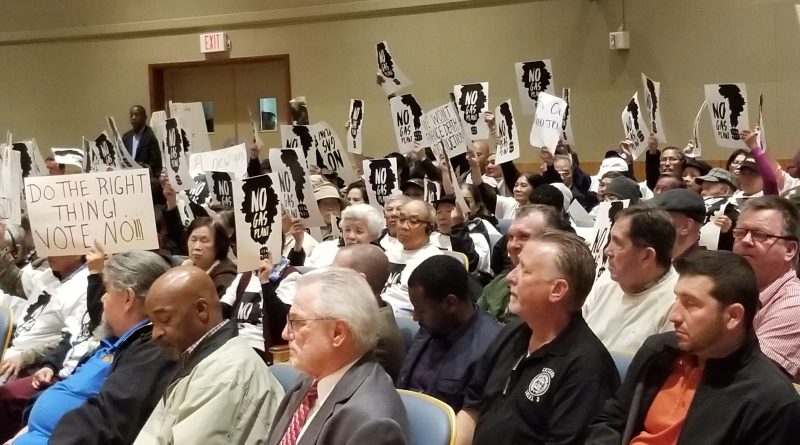 From Entergy and the Fake Supporters to Jefferson Parish President Wanting Access to Boys – What Should We Do?

Intelligence is commonly insulted, like when your local energy company is trying to build a new yet possibly unnecessary power plant, but it’s not all that confident in its position, so it hires a company that hires another company that then pays people to show up at city council meetings to profess their undying love and support for the new yet possibly unnecessary power plant, and they – the energy company and the actors – put on this spectacle, , despite warnings from the company that hired the other company, warnings that went something like, hey you know people aren’t stupid and how if all of a sudden there’s this passionate throng of people showing up to support the plant, there will be questions about who these people are, why they’re really there, and who sent them, especially if you have them all dress alike in bright orange t-shirts and tote around large signs, but the energy company thinking the public lacks a certain amount of intelligence decides to go ahead with this plan anyway and ends up astro turfing not one, but two council meetings because they want the public and city council to believe that not only is there wide spread support for the plant but that the plant is also good for the community and would ensure that any future power outages would be kept to a minimum, and they play this message up despite seemingly admitting privately that the more pressing problem with the city’s electrical issues may actually be in the power lines and transformers.

Apparently though, power lines and transformers aren’t as sexy or profitable as a $220 million power plant, especially when you can pass the cost off to the customers and have enough money left over to split among shareholders. And apparently, paying $50-$60,000 to drum up fake support for a power plant is a much more effective way to sway the city council and public than a city wide tour explaining how the city has supposedly been hurting for power ever since two outdated turbines were shut down, and how it doesn’t help that it gets so hot down here, and how when it does, we all crank our air conditioners up at the same time, further taxing an already overloaded system.

Maybe it was all a noble insult, though, something necessary to ensure what’s best for the city, a win-win for everybody. Entergy gets a new facility, shareholders get dividends, and citizens get to rest assured knowing that during hot summer days or hurricanes their air conditioners and city pumps are being backed up by a reliable source of energy. Or maybe it was all about the money, proof that when facts fail fake news prevails, especially when it comes to profits. 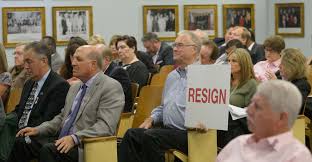 Speaking of insults and intelligence, you remember Mike Yenni, the once shamed Jefferson Parish President who got busted trying to hook up with a 17-year-old boy he met at a school function? Remember how he bought the boy underwear, made-out with him in a public bathroom, then tried to recruit him for a threesome? Well, he must be jonesing again. Because about a week or so ago, Yenni decided that his self-imposed and legally imposed ban from all Jefferson Parish schools had gone on long enough. He demanded that the school board let bygones be bygones and once again grant him full access.

To be clear, there’s no reason Yenni must be on school property to perform his job. If he wants to meet with a principal or school board member, he can have them come to his office. If there’s an award to be presented at a school, he can have someone from his staff present it in his honor. His school access really grants him access to students/young boys. But hey, maybe he’s a changed man who came to Jesus with the pedophilia of his ways. Maybe he’s spent the past two years purging himself of all inappropriate desires and is now ready to stand as a role model of redemption. Or maybe he’s just horny again. Who knows. What he should do, though, is hook up with Entergy. They know a company that knows a company that might can hire some young boys to show up at Jefferson Parish school board meetings and profess their undying love and support for his reinstatement. Somehow, though, I don’t think that would be too intelligent.

2 thoughts on “Fake News, Entergy and the Parish President”