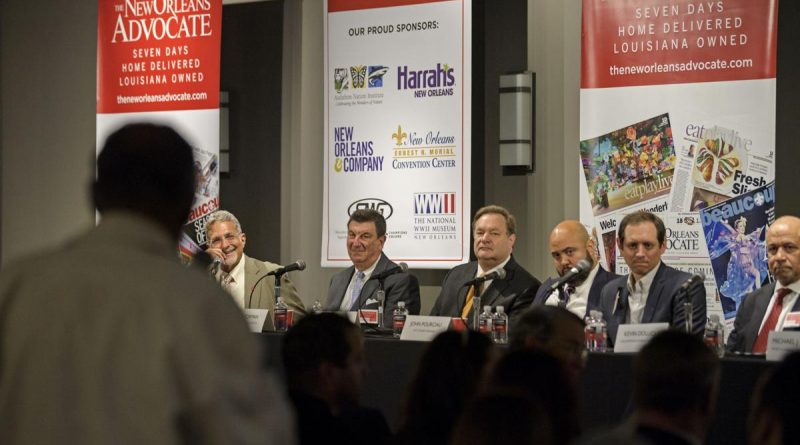 The New Orleans Advocate held a public forum focused on tourism last week. The central focus was the current debate over a fair share allocation of current tax revenues.  Mayor LaToya Cantrell insists a reallocation of current dollars is necessary to stabilize and advance the city’s crumbling infrastructure while tourism leaders insist any change will disrupt the entire tourism industry and spell doom for the future of the city.

Control of tax dollars is the cause of the hullabaloo. While the city struggles to adequately fund basic services, especially the ancient and dilapidated water and sewer system and struggles to modernize the storm water pumping system, tourism leader would rather spend millions on hotel projects and convention center upgrades. All agree in a perfect world, there would be enough money to do everything.  But with limited funds, choices are necessary.

The outcome may ultimately hinge upon a convergence between the mayor and the governor whose current political desires are congruent.  At stake is about $500 million dollars.  Mayor Cantrell is determined to right the financial stability of the city and seems determined to capture more of the tax dollars generated inside Orleans parish.  Her recent efforts to defeat the millage sought by the Council on Aging show her political might and proves she is unafraid to risk political capital to accomplish her goals. [ Governor Edwards, already under attack as his first term comes to an end, must secure the active support of the citizens of NOLA if he has any chance to be reelected.

Like all things New Orleans, the debate has sprinkles of race, class, structure, privileged ideas and parochialism.  Current tourism leaders contend that if not for their extraordinary talent and stewardship of tax dollars New Orleans would not even be a tourist attraction.  Mayor LaToya Cantrell’s chief of staff, John Pourciau says, “What gets lost in the hospitality industry conversation is that it is the people of New Orleans that is the draw for tourists. We are a unique city and we need to recognize that.”

The reality is probably the unique character of the city attracts even more tourists because of the marketing efforts of tourism groups.  So, a balanced approach which supports the beauty and charm of New Orleans and the need to properly market to convention planners and other tourist generators seems reasonable.  But it is blatantly hypocritical to spend millions renovating the convention center when the water system that the center depends upon has a more urgent renovation need of its own.

The political might of the governor and the mayor of the largest city in the state is the kind of wall even President Trump can admire.