Bill teaches law at Loyola University New Orleans and can be reached at quigley77@gmail.com

Racism may well be the biggest crime in the criminal legal system. If present trends continue,1 of every 4 African American malesborn this decade can expect to go to prison in his lifetime despite the fact that theCensus Bureau reports that the US is 13 percent Black, 61 percent white and 17 percent Latino.

When Brown v Board of Education was decided in 1954 about 100,000 African Americans were in prison.  Now there are about 800,000 African Americans in jails and prisons: 538,000 in prisons and over 263,000 in local jails.  Black men are nearly six times as likely to be incarcerated as white men and Hispanic men are 2.3 times as likely, according to theSentencing Project.

Here are 18 examples of racism in parts of different stages of the system.  Taken together, the racism in each of these steps accelerates the process of incarceration of African American and Latino males.  Together, they demonstrate that racism may well be the biggest crime in the criminal legal system.

One.  Racism in Police Stops

Who is stopped by the police, either in cars or on foot, continues to be highly racialized as proof of racial profiling continues to accumulate.  University of Kansas professors found the police conducted investigatory stops of African American malesat twice the rate of whites.  A black man in Kansas City 25 or younger has a 28 percent chance of being stopped, while a similar white male has only a 12 percent chance.  In New York City, police continue to stop Black and Hispanics at rates far higher than whites even though they are stopping many less people due to a successful civil rights federal court challenge by the Center for Constitutional Rights.   One of the most illuminating studies is in Connecticut which showed racial disparities in traffic stops during the daytime, when the race of the driver can be seen, but not at night.

Once stopped, during traffic stops, three times as many Black and Hispanic drivers were searched as white drivers, according to the US Bureau of Justice Statistics.  According to the same US Bureau of Justice Statistics, white drivers were also given tickets at a slightly lower rate than Black and Hispanic drivers.

Three.  Racism in Police Use of Force during Arrest

A recent report by Center for Policing Equity found that police are more likely to use force like Tasers, dogs, pepper spray and physical force against Black people than White people in making arrests.

Hundreds of thousands of gay and transgender youth are arrested or detained every year and more than 60 percent are Black or Latino according to the Center for American Progress.

Six.  Racism in Arrests for Drugs

Start with the fact that whites and blacks use and abuse drugs at about the same rates.  This is proven by the 2013 National Survey on Drug Use and Health of the US Department of Health and Human Services.  This study found drug and alcohol abuse among whites and blacks nearly the same with blacks reporting one percent higher on drug use than whites while whites have three percent higher rates of binge alcohol and one percent higher rates of substance abuse or dependence.
But when it comes to drug arrests, Blacks are arrested at a rate more than twice their percentage in the population.  Twenty nine percent of drug arrests, according to FBI statistics, are of African American people.

While marijuana use is similar in black and white communities, blacks are 3.73 times as likely to be arrested for possession of marijuana as whites.

The National Academy of Sciences found that blacks are more likely than whites to be incarcerated while awaiting trial.

Federal prosecutors are almost twice as likely to file charges carrying mandatory minimum sentences for African Americans than whites accused of the same crimes according to a study published by the University of Michigan Law School.

The National Academy of Sciences stated that blacks are more likely than whites to received prison terms rather than community service.  Black people are imprisoned at twice the rate of white people in the US according to the US Department of Justice.

Eleven.  Racism in Length of Incarceration

The National Academy of Sciencesstated that, after conviction, blacks are more likely than whites to receive longer sentences.

The Bureau of Justice Statisticsreports 208,000 people are instate prisons for drug offenses.  Of this number 32 percent are white and 68 percent are African American or Hispanic.

African American men were sentenced to 19 percent longer time periods in federal courts across the US than white men convicted of similar crimes in a 4 year study conducted by the US Sentencing Commission.

Fifteen.  Racism in Incarceration of Women

Sixteen.  Racism in Sentencing to Life Without Parole

Over sixty five percent of prisoners serving life without parole for nonviolent offenses are black.

Having a criminal record hurts a person’s ability to get a job.  But it hurts Black men worse.  In fact, white men with a criminal record have a better chance of getting a positive response in a job search than black men without a criminal record.  This has been confirmed by a study of 6000 applications in Arizona and anearlier study in Milwaukee and New York City.

Eighteen.   Racism in Eliminating the Right to Vote

The impact of this is devastating.  For example, one of every 13 African Americans has lost their right to vote due to felony disenfranchisement versus one in every 56 non-black voters.

Taken together, these facts demonstrate the deep racism embedded in the criminal legal system.   None dare call this justice. 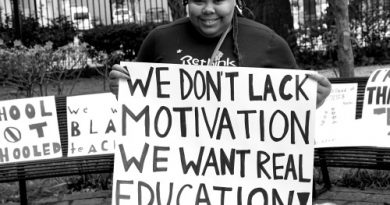