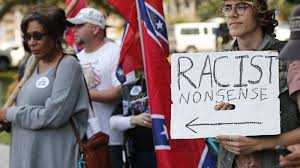 Remember when the first and only elected African American DA, Eddie Jordan, fired all the white people in the DA’s office.  White people were protesting in the streets with signs, and animated and disgusted with Jordan. I had never seen that many white people who don’t live in New Orleans protesting a New Orleans issue before or since until the neo Confederates got to town to protest the removal of the traitors monuments.  But unlike these neo Confederates many of the employees of the Eddie Jordan DA’s office had good standing as they were protected by civil service.

Civil service is a 1500 year old safeguard, as the Chinese instituted the notion to merit based hiring practices to insure the best person, not closest friend of the emperor was hired.  And today civil service is an international protection for government workers.  Like Jordan, incoming officials want to eliminate the old regimes and replace them with their own friends, supporters and workers.  To prevent patronage and cronyism, a huge section of government workers are tested and placed in jobs that many keep for their entire careers.

Civil rights gains and the election of Moon Landrieu eliminated many of these discriminatory practices, and soon African Americans in New Orleans gained highly desired government jobs.  Given access to civil service protections also shielded African American city workers from changing administrations.  Getting a good government job afforded stability and economic certainty for many city residents. An African American middle class began to emerge thanks in part to civil service transparency and constancy.

Politicians have attempted to weaken civil service for decades.  But despite at lack of flexibility to participate in political campaigns, coalitions of civil servants have been able to turn out and protect their turf.  But the latest attempt to circumvent and weaken civil service is potentially more possible.  An unusual coalition of local officials, led by Mayor Mitch Landrieu have advanced legislation through the state legislature and may completely undermine the current system.

The Civil Service Commission is reviewing changes proposed by the administration.  Many new ideas may provide greater access to jobs.  Some will remove the very protection inherent in a civil service program.  The commission is scheduled to meet on Friday, May 19 to receive comments from the public.

Oddly some of the current proposed changes to civil service in New Orleans, particularly concerning the Sewerage and Water Board may reverse the solid gains African Americans have made within that organization and change the face of city government.  In the upcoming weeks, we will monitor these proceedings and examine the effects of these proposed changes and see if African American jobs will be lost as a result.

We need jobs for African Americans in New Orleans