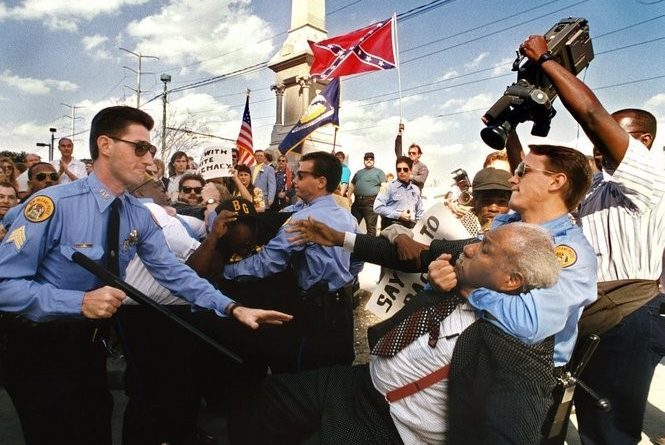 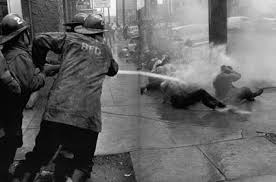 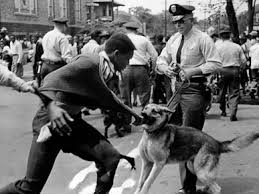 In 2017, illegally acting, outside agitators cannot be allowed to subvert the will of the people of New Orleans.  Circa 1963 when African Americans were attempting to integrate Woolworth’s on Canal St, NOPD officers grabbed, clubbed, wrestled and forcibly threw out men and women who were exercising their constitutional rights.  At the time the police claimed the African Americans were causing a disturbance and had to be removed.  Now in 2017 with the roles reversed, the police and city officials cower in fear of what some irate Lost Cause disciples might do.

Around 50 years ago, Bull Conner used water hoses and vicious dogs to keep peaceful protesters from walking the streets of Alabama.  Today in New Orleans, the city administration feels it must keep secret the time and location of the actual next monument removal.

Some things are the same as they were 50 years ago.  White privilege and white supremacy are still major factors impacting New Orleans today.  The fear of white terrorism is still a real phenomenon.  Even back then the population breakdown was about the same – 65% African Americans and 35% Whites.  The difference today is African Americans have rights and privileges as full U.S. citizens.  Also, many police officers, firemen and women, the sheriff, and numerous judges are African Americans.  But even with this political might, full citizenship can only come with the local government removing the monuments. 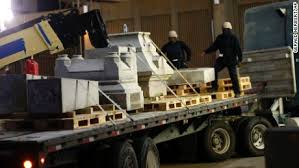 Even if you argue the measure is purely symbolic and of no practical consequence, the real consequence is that the city must honor the will of the majority of the people.  City government must immediately remove these statues and use whatever force is necessary to keep law breaking contrarians who revel in ignorance and threats at bay.

Was the city telegraphing the use of water hoses by using firemen to dismantle the liberty monument?  Additionally since the police claim to be suffering from a manpower shortage, we certainly have enough police dogs to help patrol the area of monument removal.  If any would be protester breaks any city law, then he or she should be immediately pulled away and arrested.  Short an officer, sic a dog on em.  Let him explain to one of the African American judges why the police arrested him after the dog bit him a few times.  Nick Felton, head of the firefighters union said his men and women should only be expected to use firehoses and not 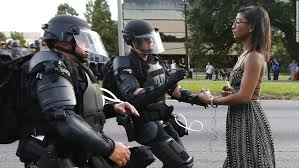 tear down any monuments.  I say get the large hoses and open them full blast.

While you might think using 60’s tactics is not appropriate today, I am fine with modern tactics. Recently in Baton Rouge, police dressed in riot gear, parked a few tanks nearby, had dogs barking and arrested anyone who stepped in the road either intentionally or not.  We could do the same here.  And take down those monuments in broad daylight.  Full citizenship in 2017 requires the complete use of all political and government rights.

12 thoughts on “Bust out the Water Hoses and Growling Dogs”