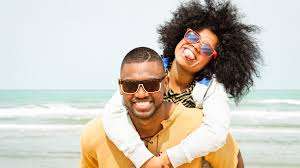 Have you ever thought: If only I had (fill in blank), then I would be happy? Whether it’s a bigger house, nicer car or heftier paycheck, it’s easy to think that something or more of something will make you happier once you obtain it. But can money really buy you happiness?

Researchers have been asking this question for decades. Fortunately, their findings provide a great amount of insight on the subject, even though they’ve yet to agree on a single answer to this age-old money and happiness question.

In 2010, researchers at Princeton University surveyed 1,000 people and found that self-reported emotional well-being increased with a higher salary—but only up to $75,000 per year. No further effects on happiness were found past that amount. Other studies, however, suggest it isn’t the income or dollar amount that boosts happiness, but rather how the money is spent. Here are three ways you can spend your money to help increase your happiness.

Purchasing life experiences, rather than material things, can increase your satisfaction and happiness. Experiences can meet many of your psychological needs and contribute to your well-being, more than, say, a designer purse or the latest iPhone. Experiences shape your identity, help you grow and develop, and connect you to others with something you can’t buy—time.

People sometimes underestimate the value of experiences, missing out on opportunities that could enhance their well-being. Of those who already think experiences are more important than things, many continue to purchase material goods over experiences. A 2014 study at San Francisco State University found that participants who made a material purchase thought the purchase was the best use of their money, yet still rated life experiences with friends and family as making them happier.

So why are people quicker to buy an item rather than an experience?

Material purchases are tangible. You may think material possessions and purchases last longer. Material things leave tangible reminders of the purchase, while experiences simply leave memories. However, when you really think about it, memories may leave a more lasting impact than a collection of things.

You may feel momentary euphoria. While you may experience a sense of satisfaction and pleasure after spending money on tangible things, those euphoric feelings are pretty fleeting. Spending habits for material items fail to provide lasting satisfaction is because you are quick to adapt to them, eventually becoming bored and finding yourself fixated on something bigger and better. For example, consumers will excitedly wait in line for hours, sometimes even days, to purchase Apple’s newest technological device. However, enjoyment is often short lived as newer models are consistently released, deeming their original purchases outdated. Note: Researchers believe you may be less likely to quickly adapt to new things if you practice gratitude—e.g., keep a gratitude journal or express feelings of gratitude to others.

You want to impress others. Wanting to keep up with the Joneses can lead to unnecessary purchases and ultimately hinder your happiness. Consumer culture says you need to have whatever your neighbor has (only bigger and better) if you truly want to be successful and happy. As most can attest to, the comparison game never fails to bring about feelings of defeat, insecurity, and general unhappiness.

While society promotes the notion that personal purchases equate satisfaction and well-being, research indicates the opposite to be true: Spending money on others, instead of yourself, appears to boost happiness.

In a 2008 study published in Science, researchers had participants rate their level of happiness before giving them an envelope of cash. Half of the participants were told to spend the money on themselves, while the other half were instructed to donate the money or purchase a gift for someone else. Those who spent the money on others reported higher levels of satisfaction, while those who bought for themselves weren’t any happier than they were when the study began.

Researchers note the importance of consistently giving to others. Happiness felt after spending cash on others once or twice is temporary, but when you make it a habit, the positive feelings that follow are more likely to stay.

One thing most researchers can agree on is that basic needs should be met above all else. It’s also important to obtain financial security, or, in other words, live within your means. According to a 2014 article in the Wall Street Journal, spending more money than you bring in is a recipe for unhappiness, regardless of what you spend it on.

Financial security is important to establish, particularly for when challenging situations arise. A 2015 study published in Social Psychological and Personality Science found that while money doesn’t necessarily increase happiness, it does decrease sadness. The authors suspect that when faced with a problem, wealthier people feel more in control than poorer people since they are better equipped financially to handle adversity.

Another challenge many consumers face is paying off debts. Whether it’s student loans, credit card debt, or unpaid medical bills, debt can hinder your ability to be happy. While building up savings is important, researchers believe paying off debts should be the first and foremost priority. They argue that while life experiences are important, people shouldn’t max out credit cards to make it happen, as the stress that inevitably ensues will be greater than any enjoyment from the experience itself. On the bright side, however, paying off a massive debt can bring happiness, improve health, and spark numerous psychological benefits.