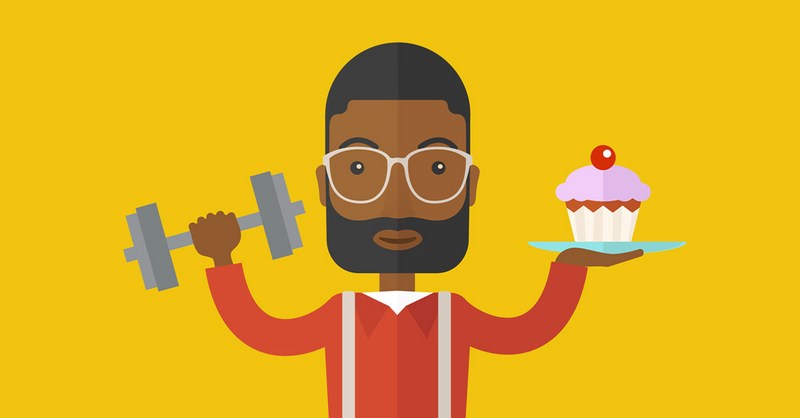 How to hack your brain into making better decisions.

Not again! You ate too much pie. You bought yet another pair of shoes that you don’t need. You were rude to someone. You partied too hard.

The list of regrets goes on. We can recognize our bad habits, but we have great difficulty breaking them.

There is one simple thing you can do—a new habit you can develop—that has the potential to dissolve all of your bad habits. To learn how it works requires a better understanding of how the brain drives behavior.

The how and why of habit formation

New research has revealed numerous hidden forces that affect our behavior in surprising ways. These forces include biological and environmental factors that comingle to steer our actions on a subconscious level. In other words, many of the things we do, including the habits we’ve formed, are not the result of careful contemplation and deliberation on our part.

That may sound unsettling, but understanding the mechanisms underlying our behavior exposes potential ways to hack the brain into making more intelligent decisions. Otherwise, we fool ourselves into thinking we’re at the wheel when we’re actually just a backseat driver.

Our brain is a remarkable feat of evolutionary engineering, but it is not without its problems. Our thinking organ is an energy hog, consuming up to 20% of the body’s daily caloric intake—even while you are asleep! In an effort to conserve energy, the brain relies on mental shortcuts that psychologists call heuristics. The brain works hard to identify patterns, then makes assumptions based on those patterns.

These assumptions can influence our behavior in ways that are below our conscious radar. Since the brain invests a great effort in developing these algorithms, it is reluctant to spend additional energy re-evaluating its assumptions. This is why people are often stubborn, sometimes doubling down on erroneous beliefs even when presented with compelling evidence to the contrary.

The brain uses the patterns it has learned to run on automatic pilot whenever possible. This conserves the body’s resources, but it can result in the recurrence of bad habits. We do things without thinking. We form beliefs without evaluating evidence. We become biased and construct stereotypes. Bad habits and irrational decisions can stem from these automated heuristic pathways in the brain.

To break the cycle, we must constantly remind ourselves to get out of the backseat and sit behind the wheel. We are often the victims of a lazy brain that is relying too heavily on mental shortcuts. The trick is to be mindful of our behaviors, no matter how trivial they may seem. Ask yourself questions like: Why do I want that cookie? Why do I want to say such a cruel thing? I am yawning, so why am I staying up to watch another episode? Why am I looking at my phone instead of enjoying my meal?

The strategy may seem obvious, but being mindful of our present actions is not as easy as it sounds for two related reasons: our brain is overusing mental shortcuts and diverting the energy to worry about what has yet to happen.

You can nurture a new habit to live in the moment. Scrutinize your actions to reveal the choice before you. Contemplate every fork in the road. Engage your logic circuits instead of letting the mind act purely on subconscious assumptions. Here is a helpful approach that leverages the brain’s desire for success: Frame the decision you need to make as a test. Will you pass it? Or will you fail?

The brain hates failure and produces emotions like guilt and shame to encourage you not to fail again. By the same token, the brain rewards accomplishment. If you can be mindful of the here and now—how your behavior is affecting your body or the welfare of someone else—you will harness the power to override bad habits committed by a brain on autopilot. Push yourself to expend the energy required to challenge your brain’s automated decisions. If you experience difficulty, learn to recognize the cues that trigger the bad habit and rearrange your routine to avoid them.

It is important to let your mind wander and contemplate the future, but do so at a designated time of rest—not when your attention is required in the here and now. Good luck on your next test!