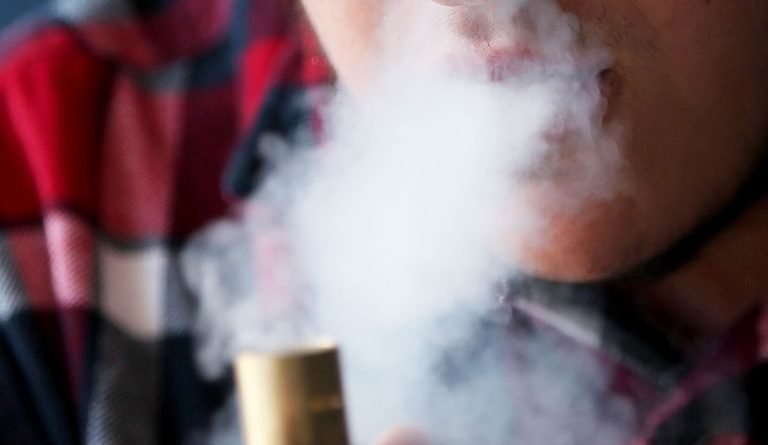 They could even deliver hydrogen cyanide. Not good.

Just two weeks ago, the sudden lung illness associated with vaping had hit 450 people in 33 states and the Virgin Islands, and there had been six deaths. Now, the latest data from the CDC puts the toll at 805 cases in 46 states, and 12 people have died. About three-quarters of victims have been male.

While nobody has pinpointed the exact cause, many victims reported vaping THC, the psychoactive component in cannabis (some reported just vaping products containing nicotine). Drilling down farther, scientists think the link may be stronger with black-market vapes.

So NBC news launched an investigation to see what’s really inside vape cartridges, sending 18 different ones—some from legal dealers, others from the black market—to a top testing lab, CannaSafe, in California. Vaping products from legal dispensaries, according to the NBC report, didn’t contain heavy metals, pesticides, or solvents like Vitamin E, a compound that’s under suspicion as a potential cause of the illness.

But 13 out of the 15 black market THC cartridges had Vitamin E. Of the 10 tested for pesticides, all were positive.

Even more alarming: Every single black market vape also contained a fungicide called myclobutanil, according to NBC, which can transform into hydrogen cyanide when burned. According to the CDC, hydrogen cyanide “interferes with the normal use of oxygen by nearly every organ of the body.”

The CDC advises against buying bootleg vape liquids and also against modifying e-cigarettes in any way.