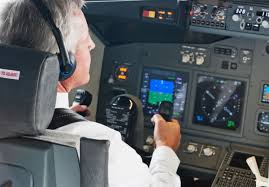 In bad visibility conditions, pilots fly by instrument. Rather than looking out the cockpit’s windshield, they keep their eyes on their instrument panels. If their instruments are well calibrated to outside reality, there’s minimal risk of an accident.

In a way, we all fly by instrument. It’s not a visibility issue. With our eyelids open we can see and orient to the world in front of us just fine. But we’re not just interested in the world in front of us. We’re using the past to orient to the future and using far away events to interpret present events. The past, future and far away events are not immediately present, so we have to fly by instrument. Our instrument panel is what we get when we close our eyes—our thoughts, but most of all, our gut feelings.

We fly by gut. We use feelings as our guides to what’s real. We want to be right but the main way we gauge whether we are right is by feeling right.

Flying by gut is far more complicated and dangerous than the pilot’s flying by instrument. A pilot’s instruments are reliable. They’re rarely miscalibrated and when they are, it’s obvious. In contrast, our guts are far from reliable. Our gut gets miscalibrated easily. It’s easy to feel right when we aren’t.

We’re biased to think that our guts are not biased. If a technician or co-pilot says, “It looks like this instrument on your panel is miscalibrated,” the pilot doesn’t take it personally. He doesn’t say “How dare you imply that my instruments are out of touch with reality?!” In contrast, our guts are part of us. We take it plenty personally when someone suggests that they’re off.

The pilot’s instruments are somewhat convincing. Our gut feelings are intensely convincing. Rotten food is convincingly repugnant. Our repulsion to it keeps us alive. But over evolutionary and cultural history our guts have become somewhat miscalibrated. Heroin feels good even though it doesn’t keep us alive. Kale is less appealing than deep fried Twinkies, yet kale is better for us.

That our guts are so convincing is one of the fundamental ironies of the human condition. Feelings feel more factual than fact, more real than reality, truer than truth. The truth can be staring us in the face, and we’re still more likely to believe our guts.

Pilots have no interest in pretending that their instruments are well-calibrated when they’re not. The costs of doing so are immediate and deadly. In contrast, the costs of a miscalibrated gut are not necessarily immediate. It’s easy for any of us to sustain the sense that we’re on track when we’re off track, sometimes at a deadly cost to ourselves and others in the long run.

The upshot for us all is that there’s a big difference between being and feeling right and any of us is likely to miss or deliberately ignore this difference. We’re like pilots flying by fallible instruments, instruments that convince us they’re well calibrated even when they aren’t.

Many people think that they’re exceptions to this aspect of the human condition. In psychology, for example, there’s what’s called the bias blind spot, a bias toward assuming that we’re not biased as though our instruments are exceptionally well calibrated. For example, in a 2015 survey of 600 Americans, 85 percent said that they were less biased than the average American, when, by definition, only 50 percent could be.

There are other instruments in our cockpit. There’s thinking and talking. We tend to imagine these as more realistic than feelings but they too are tangled up with feelings, especially feelings about ourselves. We’d like to think we’re rational and realistic but a whole lot of what we do with our thinking and talking is rationalizing and giving ourselves pep talks.

We can become “legends in our own minds” much more efficiently just by declaring ourselves exceptionally reasonable and realistic.

To be right takes work. To feel right we just have to decree that we know in our guts that we make good decisions. Feeling right is much easier than being right, and it’s often just as convincing.

One thought on “Being Right vs. Feeling Right”