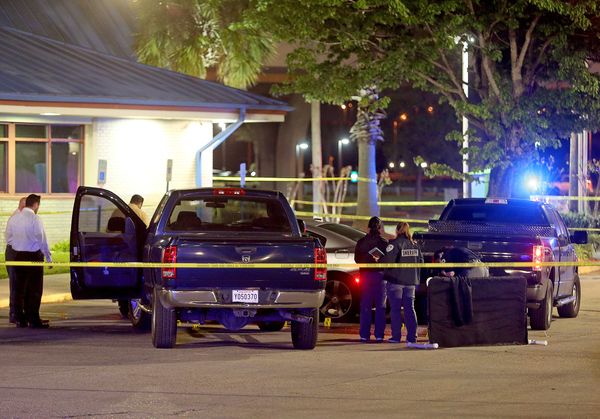 With a barrage of bullets blasted into the sides of a car driven by suspected drug dealers, Jefferson Parish Sheriff’s Deputies killed two men last week.  The men in the car never fired any weapons at the deputies, yet no review if the killing will occur.  The notion that charges might be filed against the deputies is laughable, as they followed established protocol and were justified by department standards in these homicides.

The deputies claim the reason they were forced to fire twenty shots into the side of the vehicle is because the car backed up and hit an officer and bumped into one of their cruisers.  The officer who was hit by the car did not require any medical attention.  And the police car sustained only a minor dent.  Yet according to Jefferson Parish policies, the very act of putting the car in reverse while being stopped by unmarked and plainclothes sheriff’s deputies is justification for the killing of two men.

Even though the passenger in the vehicle was unarmed and did nothing to provoke these deputies, the JPSO is also in no way liable for his death.  In fact, under JPSO rules and parish law, had the driver lived but the passenger died after being shot by the deputies, the driver would be charged with manslaughter of the passenger. You see, the driver’s decision to put his car in reverse and bump an unmarked police pickup truck is a death sentence in Jefferson Parish.  Parish efficiency is noteworthy in these cases, as deputies get to be judge, jury and executioner.  Shucks, the JPSO might even try to sue the family and recoup the cost of the autopsy of the two killed men.

Except for the family of the slain men, not much has been mentioned about this latest shooting by JPSO deputies.  Over the years, JPSO deputies have killed so many people under this use of force policy, that when two apparently unarmed men are killed after police stand on each side of their vehicle and repeatedly shoot into their car, nobody even stops to question their actions.

Understanding the policy and accepting its merits are two different things.  That no legal charges will be filed against the officers who killed these two men is a known fact.  But the basis for such a policy should be examined.  Protecting the lives of officers is paramount for every department.  The brave men and women who patrol our streets are allowed great latitude and discretion when they feel their lives are threatened.  And they should be able to fully protect themselves in every instance.

But there is a pattern.  JPSO deputies rely heavily on this policy to justify their shootings.  That the department seeks to protect deputies from being run over by a moving vehicle is clearly the rationale behind this policy. And in the last four years when JPSO has shot and killed men who were in moving vehicles, they roll out this policy.  Contradictorily , NOPD has a policy that explicitly prohibits this same behavior that JPSO uses to justify these killings by their officers.

In New Orleans, officers may shoot into a moving vehicle only if a secondary threat, like the driver or passenger pointing a gun, exists.  In New Orleans, where no officer has even fired into a moving vehicle in the last 10 years, neither has any officer been run over and killed by a moving vehicle.  In fact, never in the history of the department, much less the last ten years has any NOPD officer been killed by a perpetrator running over him/her with a car or truck. Though the same is true in Jefferson Parish, the fact that deputies shoot wildly into vehicles might be the reason why.

This “policy” seems more like an excuse to shoot than a safety measure to protect deputies, especially when passengers are fair game.