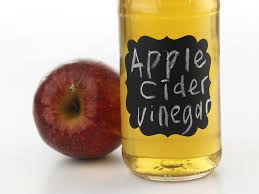 Apple cider vinegar has a long history as a home remedy, used to treat everything from a sore throat to varicose veins. But there’s not much science to support the claims. Still, in recent years, some researchers have been taking a closer look at apple cider vinegar and its possible benefits.

It’s mostly apple juice, but adding yeast turns the fruit sugar into alcohol — this is fermentation. Bacteria turn the alcohol into acetic acid. That’s what gives vinegar its sour taste and strong smell.

How Is It Used?

Vinegar’s used in cooking, baking, salad dressings, and as a preservative. There’s a lot of acid in it, so drinking vinegar straight isn’t recommended. And it can cause serious problems if you have a lot of it. If you’re looking to take some for health reasons, most people recommend adding one to two tablespoons to water or tea.

Vinegar has been used as a remedy since the days of Hippocrates. The ancient Greek doctor treated wounds with it. In recent years, people have explored apple cider vinegar as a way to lose weight, improve heart health, and even treat dandruff.

Many of these claims aren’t supported by modern research. But some studies have found that acetic acid — which gives vinegar its distinctive taste and smell — may help with a variety of conditions:

One small study found that vinegar improved blood sugar and insulin levels in a group of people with type 2 diabetes.

Vinegar also has chemicals known as polyphenols. They’re antioxidants that can curb cell damage that can lead to other diseases, such as cancer. But studies on whether vinegar actually lowers your chances of having cancer are mixed.

Did we mention it’s highly acidic? Drinking a lot of apple cider vinegar can damage your teeth, hurt your throat, and upset your stomach. Also:

In short, apple cider vinegar probably won’t hurt you. Enjoy it in your diet because it’s calorie-free, adds lots of flavor to food, and has health benefits. But it’s not a miracle cure.