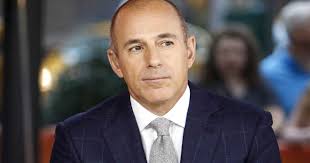 What went on inside the minds of the men being accused of acting badly?

Caveat: I have not personally interviewed any of the above men.  Rather, the thinking I describe below is a composite of what I have learned from a number of men I have worked with who have been inappropriately flirtatious or sexually aggressive with women.

I call it Tall Man Syndrome.

Tall Man Syndrome is a diagnostic term that I coined after a run on clients, mostly unfaithful husbands, who were too tall to fit in my relatively petite office chairs. My office still has the extra-large brown leather chair in my office that I bought specially to seat these clients, with their long legs, more comfortably when they come for psychotherapy.

So what is Tall Man Syndrome?

What is the deal that being tall can lead to so much inappropriate sexual behavior?

Being taller can lead to feeling above others. Tall in this sense may refer to height.  It may also refer to bigness in any dimension: celebrity, wealth, best athlete, intelligence, head of a company, etc.

A word of caution here. Not all tall men become sexual predators. To the contrary, many tall men are mature, compassionate, and sexually monogamous human beings.

So what leads too many tall men to begin acting sexually out-of-bounds?

When feeling bigger than others in one dimension (height, wealth, etc) leads to a belief that overall you are better than everyone else in all ways, narcissism may result.

Narcissism is a belief that because I am bigger, more important, smarter, more handsome, more wealthy, more powerful, etc., than other people, I do not need to listen to what others say. It’s all about me. What I think, what I want, what I know is all that really matters.

And I am always right.

If you differ in your viewpoint from mine, I am right and you are wrong. If you insist on being heard, on my listening to your viewpoint, be careful. I am likely to get mad. I am bigger so I can drown your voice out. Or hurt you in some way. Better listen to me.

In addition, because I stand above other people, I am above the rules. I know that those little people down there have rules like about being nice to each other, but I follow those rules only when they suit me, like when I am courting someone or trying to impress someone.

Why is being tall a risk factor for sexual impropriety?

Of course, all women are attracted to me. They want to have my attention. If they resist, they do it because of conventional rules. Really, they want my attention because I am special.

I’m so attractive that of course women are flattered by my attention. If they don’t react the way I want them to, welcoming my flirtations and groping, there’s something wrong with them.

Besides, I am more powerful.  I can get them fired if they act as if they don’t like me or don’t like my sexual advances.  For me, sex and power often go together.  Acting sexually reinforces my sense of special powers. And because I have such special power, I feel all the more sexual.

Remember, I’m bigger and better so the rules don’t apply to me.