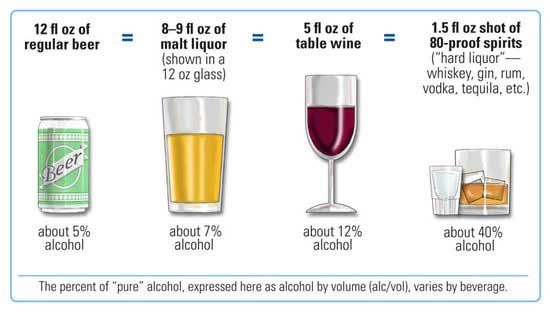 The Good, the Bad and the Ugly

We’ve been getting a lot of mixed messages about alcohol.

On one hand, moderate amounts have been linked to health benefits.

On the other hand, it is addictive and highly toxic when we drink too much of it.

The truth is that the health effects of alcohol are actually quite complex.

They vary between individuals, and depend on the amount consumed and the type of alcoholic beverage.

So, how does alcohol affect your health?

Let’s have a look…

What Is Alcohol and Why Do People Drink It?

The active ingredient in alcoholic beverages is called ethanol.

Generally referred to as “alcohol,” ethanol is the substance that makes you drunk.

Ethanol is produced by yeasts when they digest sugar in certain carb rich foods, such as grapes (wine) or grains (beer).

Alcohol is the most popular recreational “drug” in the world. It can have very powerful effects on your mood and mental state.

Alcohol can reduce self-consciousness and shyness, making it easier for people to act without inhibition. At the same time, it can impair judgment and make people do things that they end up regretting (1, 2).

Bottom Line: Ethanol is the active ingredient in alcoholic drinks, generally referred to as “alcohol.” It can have powerful effects on your mental state.

Alcohol is Neutralized by the Liver

The liver is a remarkable organ with hundreds of functions in the body.

One of its main functions is to neutralize all sorts of toxic substances we consume. For this reason, the liver is particularly vulnerable to damage by alcohol intake (3).

The first of these to appear is fatty liver, characterized by increased fat inside liver cells.

Fatty liver develops in 90% of those who drink more than 16 g (about half an ounce) of alcohol per day and is usually symptomless and fully reversible (4, 5).

In heavy drinkers, binge drinking may cause the liver to become inflamed. In worst case scenarios, liver cells die and get replaced with scar tissue, leading to a serious condition called cirrhosis (3, 6, 7).

Cirrhosis is irreversible and associated with many serious health problems. In advanced cirrhosis, getting a new liver (a liver transplant) may be the only option.

Bottom Line: Alcohol is metabolized by the liver, and frequent consumption can lead to increased fat inside liver cells. Alcohol abuse can lead to cirrhosis, a very serious condition.

Alcohol and the Brain

Excessive alcohol consumption can have numerous adverse effects on the brain.

Ethanol basically reduces communication between brain cells, a short-term effect responsible for many of the symptoms of being drunk.

Binge drinking may even lead to a blackout, a phenomenon characterized by memory loss (amnesia) during a heavy drinking episode (8).

These effects are only temporary, but chronic alcohol abuse may cause permanent changes in the brain, often leading to impaired brain function (9, 10, 11).

The brain is actually very sensitive to damage caused by chronic alcohol abuse (12), which may increase the risk of dementia (13) and cause brain shrinkage in middle-aged and elderly people (14, 15).

In worst case scenarios, the severity of brain damage may impair people’s ability to lead an independent life.

Conversely, drinking moderately has been linked with reduced risk of dementia, especially in elderly people (16, 17, 18).

Bottom Line: While alcohol intoxication is only temporary, chronic alcohol abuse can impair brain function permanently. However, moderate drinking may have benefits for brain health, especially among elderly people.

The association of alcohol intake and depression is close but complex (19).

While alcohol intake and depression seem to increase the risk of each other simultaneously, alcohol abuse may be the stronger causal factor (20, 21, 22).

Many people suffering from anxiety and depression drink intentionally to reduce stress and improve mood (23, 24). This may work for a few hours, but will worsen overall mental health and lead to a vicious cycle.

Heavy drinking has actually been shown to be a major cause of depression in some individuals, and treating the alcohol abuse leads to big improvements (25, 26, 27).

Obesity is a serious health concern.

Alcohol is actually the second most energy rich nutrient after fat, providing about 7 calories per gram.

Beer contains a similar amount of calories as sugary soft drinks, ounce for ounce, whereas red wine contains twice as much (28, 29, 30).

However, studies investigating the link between alcohol and weight have provided inconsistent results (31).

It seems that drinking habits and preferences may play a role.

Cardiovascular disease is the leading causes of death in modern society.

It is actually a broad category of diseases, the most common of which are heart attacks and strokes.

The relationship between alcohol and cardiovascular disease is complex, and seems to depend on several factors.

Light to moderate drinking is linked to reduced risk of cardiovascular disease, while heavy drinking appears to increase the risk (37, 38, 39, 40).

There are several possible reasons for the beneficial effects of drinking moderately.

Type 2 diabetes is a common metabolic disease, currently affecting about 8% of the world’s population (46).

As a result, drinking alcohol with meals may cut the rise in blood sugar by 16-37% compared to water (51). Blood sugar between meals (fasting blood glucose) may also go down (52).

In fact, the overall risk of diabetes tends to be reduced with moderate alcohol consumption. However, when it comes to heavy drinking and binge drinking, the risk is increased (53, 54, 55, 56).

Bottom Line: Moderate alcohol consumption may reduce symptoms of type 2 diabetes by enhancing the uptake of blood sugar by cells.

Cancer is a serious disease caused by abnormal growth of cells.

The cells lining the mouth and throat are especially vulnerable to the harmful effects of alcohol. Not surprising, since they are directly exposed to the stuff.

Even light alcohol consumption, 1 drink per day, is linked to a 20% increased risk of mouth and throat cancer (59, 60).

The risk increases with the daily amount consumed. More than 4 drinks daily appear to cause a five-fold increase in the risk of mouth and throat cancer, and also increase the risk of breast, colon and liver cancer (58, 59, 61, 62).

Drinking During Pregnancy May Cause Birth Defects

Alcohol abuse during pregnancy is the leading preventable cause of birth defects in the US (63).

Binge drinking early in pregnancy is particularly risky for the developing baby (64).

In fact, it may have adverse effects on development, growth, intelligence, and behavior, which may affect the child for the rest of its life (63).

Bottom Line: Alcohol abuse is one of the world’s most common causes of birth defects. The fetus is particularly vulnerable early in pregnancy.

Alcohol and Risk of Death

Abraham Lincoln once said, “It has long been recognized that the problems with alcohol relate not to the use of a bad thing, but to the abuse of a good thing.”

Interestingly, there appears to be a grain of truth in his words. Studies suggest that light and moderate consumption of alcohol may to cut the risk of premature death, especially in Western societies (65, 66).

At the same time, alcohol abuse is the third main cause of preventable death in the US (67), being an important cause of chronic diseases, accidents, traffic crashes, and social problems.

Alcohol is Addictive, Leading to Alcoholism in Predisposed Individuals

Some people become addicted to the effects of alcohol, a condition called alcohol dependence (alcoholism).

An estimated 12% of Americans are believed to have been dependent on alcohol at some point in their life (68).

Alcohol dependence is one of the main causes of alcohol abuse and disability in the US and a strong risk factor for various diseases (69).

Many different subtypes of alcohol dependence have been defined, characterized by alcohol cravings, inability to abstain, or loss of self-control when drinking (70).

As a rule of thumb, if alcohol is causing problems in your life, then you may have a problem with alcohol dependence or alcoholism.

Alcohol Abuse Can Be Absolutely Disastrous for Health

Heavy drinking is the most common form of drug abuse.

Chronic alcohol abuse can have catastrophic health effects, affecting the entire body and causing a range of health problems.

Getting into all the horrible effects of alcohol abuse is beyond the scope of this article.

However, let’s just say that if you are a heavy drinker, diet and exercise should be the least of your worries.

Getting your consumption under control, or abstaining completely in the case of alcoholism, should be priority number one.

Bottom Line: Chronic alcohol abuse can have severe detrimental effects on your body and brain, increasing the risk of all sorts of diseases.

Which Type of Alcoholic Beverage Is the Best (or Least Bad)?

What you drink matters less than how much you drink.

However, some alcoholic drinks are better than others.

Red wine appears to be particularly beneficial, because it is very high in healthy antioxidants.

That being said, consuming high amounts does not equal greater health benefits. Heavy drinking causes health problems, regardless of the type of beverage.

Bottom Line: Red wine is probably the healthiest alcoholic beverage, probably due to its high concentration of antioxidants.

How Much is Too Much?

Recommendations for alcohol intake are usually based on the number of standard drinks per day.

The problem is, most people have no idea what the term “standard drink” actually means. To make things worse, the official definition of a standard drink differs between countries.

In the US, one standard drink is any drink that contains 14 grams (0.6 fluid ounces) of pure alcohol (ethanol).

This image shows the “standard drink” amount for some popular alcoholic drinks:

Moderate drinking is defined as 1 standard drink per day for women and 2 drinks for men.

On the other hand, heavy drinking is defined as more than 3 drinks per day for women and 4 drinks for men (79).

Drinking patterns are also important. Binge drinking is a form of alcohol abuse and can cause harm.

Bottom Line: Moderate drinking is defined as 1 “standard drink” per day for women, and 2 drinks for men.

At the end of the day, the health effects of alcohol range from “probably good” to “absolutely disastrous.”

On the other hand, alcohol abuse and alcohol addiction are linked to severe negative effects on both physical and mental health.

If you enjoy alcohol and you can keep it moderate, then by all means continue to do what you are doing.

However, if you tend to drink excessively, or alcohol causes problems in your life, then consider avoiding it as much as possible.

Alcohol is one of those things that depend entirely on the individual. It’s good for some, disastrous for others.

Hopefully, this article, which examines both the pros and cons, can help you make an informed decision. 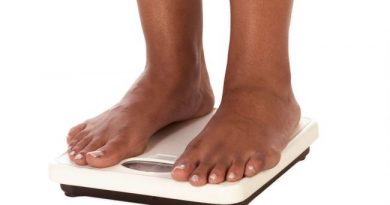 How to Lose 20 Pounds Without Suffering

One thought on “Alcohol and Health:”