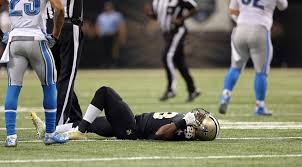 Saints: Where will the Foam Finger Point at the End of This Season?

The injury bug hovers over Airline Drive, scoping out the practices. Though small in size and just one in number it seems to swarm and engulf the entire Saints’ facility. The result: before one helmet is hit, or one pad is cracked, the Saints are down their starting left tackle, starting center, starting nose guard, and now starting weak-side linebacker. This, like losing, has become a pattern, a yearly epidemic. 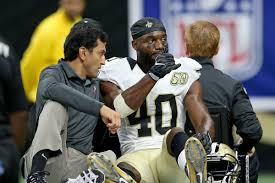 Last season, the bug took out both starting cornerbacks and didn’t stop until their backups were on injured reserve too. And that was after Sheldon Rankins, the team’s number one draft pick, broke his fibula two weeks into camp. By the time the season was over, there were 23 players on injured reserve. Saints record: 7-9.

The year before the bug was a bit kinder. Instead of inflicting a mass rash of injuries, it restricted itself to key players, starting with C.J. Spiller. The Saints invested $18 million in Spiller, a running back who was supposed to be the second coming of Reggie Bush and Darren Sproles. Spiller hurt his knee in training camp and was on the operating table before the first preseason game. The pain must’ve crept up his spinal cord and damaged portions of his cerebral cortex too, because Spiller was not only physically disabled, but apparently mentally as well. For the rest of the season, he struggled to learn the playbook. The Saints cut him a year later. 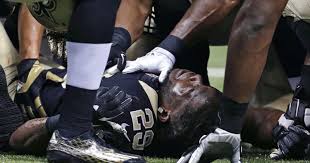 That same season, starting cornerback Keenan Lewis limped through the first 10 games of the year before finally ending up on injured reserve. He joined Rafael Bush, Khiry Robinson, and eventually so did Mark Ingram, leaving the team without its top 2 running backs. Saints 2015 record: 7-9.

In 2014, the Saints signed free safety Jarus Byrd to a $56 million contract only to see him bang his knee in practice. Byrd was on injured reserve by week 4. That was the same season Jimmy Graham developed a mysterious shoulder injury that he dubbed ten weeks of terror. The Saints ended up with 10 players on injured reserve that year, including Brandin Cooks. Even Drew Brees was rumored to have been bitten by the bug. Brees threw 17 interceptions, and his deep balls seemed to flutter down-field. Saints 2014 record: 7-9.

This season, the Saints are apparently trying a new approach. Instead of waiting for the bug to bite and players to develop in-house injuries, the team went out and brought in players who are already recovering from past injury bug bites. Along with Hall of Fame credentials, Adrian Peterson brings a recently repaired knee that scared off every other NFL team. Linebacker Manti Te’o brings a rehabilitated ACL. First round pick Marshon Lattimore has a history of hamstring problems.

Maybe the Saints think that by combining those players with perpetually bitten players like Hau’oil Kikaha (coming off his third knee tear), Teron Armstead (seems to carry a bug around in his pocket), and the soon-to-be ex-Saint Dannell Ellerbe (apparently made of glass) that they can somehow preemptively satisfy the bug’s appetite and cause it to migrate elsewhere. Maybe Atlanta? That hasn’t happened. So far they’ve only made it ravenous, as evidenced by the injuries to Armstead, Max Unger, Nick Fairley, and Ellerbe.

But things may be different this year. Maybe after this initial feeding frenzy, the bug will settle down and have mercy on the team and the fans who pay $8 for a beer at the Dome.

If not, and the Saints will suffer through another 7-9 or worse season, and there will be plenty of changes to come and plenty of blame to go around. Don’t be surprised though, if in the end Sean Payton and Mickey Loomis become the ultimate victims of the injury bug, a persistent nuisance that’s been plaguing this team for the last few years. 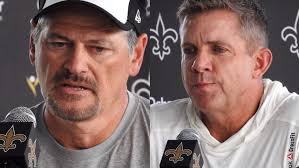