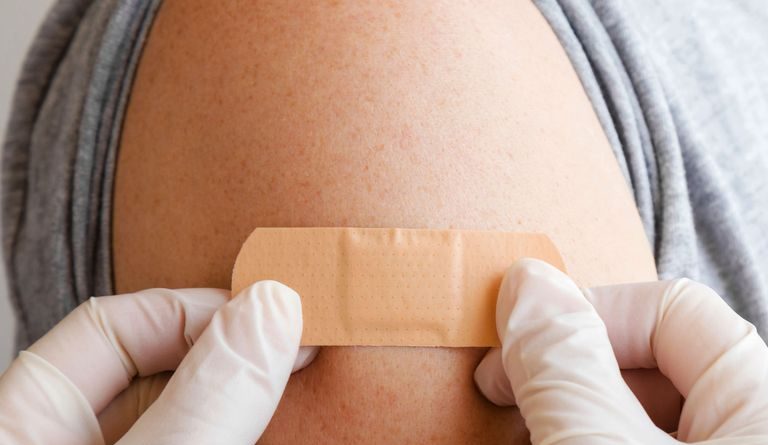 The flu shot won’t give you the flu, but here’s why it can make you feel terrible. Emily Shiffer and Melissa Matthews

You get the flu shot to ward off getting sick, but feeling crappy is a common side effect of the vaccine.

Many people mistakenly believe this is because the flu shot causes you to come down with the virus. In fact, according to a 2015 study of 1,000 people published in Vaccine, 43 percent believed that getting the flu vaccine could give you the flu.

“The flu shot is a killed flu virus that consists of only half of the virus—the part you need to make an immune response to,” Andrew Pekosz, Ph.D., professor of molecular microbiology and immunology at Johns Hopkins University Bloomberg School of Public Health, explained to Men’s Health. “It’s also then administered into your arm muscle, which is not a place the flu virus normally goes to. So there is no possibility you can get the flu from the flu shot.”

However, you could experience discomfort from the shot itself, which are very similar to symptoms of the flu.

Common flu shot side effects include:

“Most people have a little redness and soreness at the site of the inoculation. These are normal symptoms and are due in part to your body’s immune system reacting to the vaccine,” Pekosz said.

Flu shot side effects you should worry about:

Although extremely rare, it is possible to develop an allergic reaction to the flu shot. Typically, signs appear a few minutes of receiving the vaccine and include:

Additionally, some vaccines may also protect against the B/Phuket/3073/2013-like (Yamagata lineage) virus.

This is slightly different from last year’s protection, which included:

This year’s flu season updates can be found on the https://www.cdc.gov/flu/season/flu-season-2019-2020.htm

How common are side effects?

Roughly 23 percent of healthcare workers who received the H1N1 vaccine reported generalized pain or low back pain, a 2011 study in Vaccine found.

A shot is the traditional method for vaccination, but people may opt for the FluMist vaccine, administered by a nasal spray.

Side Effects of the FluMist vaccine include:

The CDC does not recommend one particular method, but the FluMist was not recommended for people who are pregnant, younger than two years old or older than 50, people with weak immune systems, or children with asthma.

In rare cases, some may experience an allergic reaction to the vaccine. Symptoms include trouble breathing, hives, swelling around the eye or mouth area, weakness or dizziness. Typically, these symptoms occur within a few minutes to hours after the vaccine was given.

If you’re really feeling sick for a sustained amount of time afterwards, well, you probably just caught another virus that the flu vaccine doesn’t protect you against.

“The flu vaccine protects against influenza virus, but there are a number of other viruses that can cause a flu-like disease,” Pekosz said. “Viruses like human parainfluenza virus, respiratory syncytial virus (RSV) and coronaviruses all circulate in fall and early winter, the time that flu vaccination programs are in full-swing.” These viruses and their symptoms usually last two to eight days.

Bottom line: It’s normal to feel soreness, redness, tenderness, or even develop a mild fever or body aches during the two days after you get vaccinated—that’s just your immune response, not the flu illness itself.

So there’s no reason to avoid getting the flu shot because you think it’ll make you sick. Unless you have severe or life-threatening allergies to the flu vaccine or any ingredients in it, you should roll up your sleeves for one each year, the CDC says (People with severe allergies, those who have had Guillain-Barré syndrome, or who feel ill should talk to their doctor first).

A day or two—at most—of a little discomfort is a small price to pay for helping prevent getting sick with the flu. While most people will recover from the flu within several days to two weeks, some people can develop complications from the virus, which can include sinus and ear infections, pneumonia, and inflammation of the heart (myocarditis), brain (encephalitis), or muscle (myositis, rhabdomyolysis). It can even be deadly. 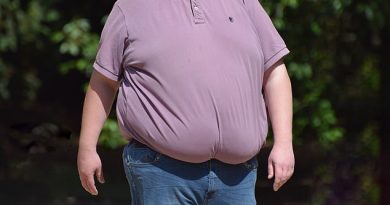 It May Not Be Your Fault that You Can’t Lose Weight.