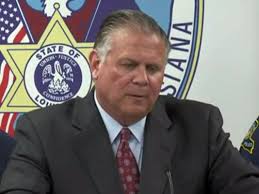 Sheriff Insists This is all Just One Harry Lee Sized Coincidence

Jefferson Parish Sheriff Newell Normand’s sudden and shocking resignation from office was the talk of the town last week.  That Louisiana’s most powerful sheriff not named Gusman, who was just reelected 2 years ago resigned to become an AM radio talk show host seemed hard to believe given the scandal not only associated with Sheriff Normand, but the Jefferson Parish Sheriff’s office. That Normand is being honest is about as unrealistic as Saints’ coach Sean Payton predicting a Super bowl run this season.  While both are within the realm of possibility, other realities seem much more likely.

Even more shocking than the sheriff’s resignation is the acceptance of his story by the rest of the media.  Let me get this straight.  Y’all want me to believe that one of the most powerful politicians in the state of Louisiana who was recently reelected is just quitting all of a sudden to go on AM radio?  Now as a frequent guest on WBOK 1230AM radio myself, I don’t want to denigrate the significance of AM radio, but come on man.  Are you kidding me?  I have a waterfront lot in the lower 9th ward that I’d like to sell.    Nobody is questioning this sudden move?  Even with prosecutions and investigations surrounding the sheriff’s office.  Only giggles and congrats? 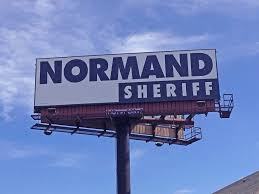 This is the problem with America today.  Dishonesty when it comes to the misdeeds of powerful or successful people.  But I digress.  Let’s focus on the sudden resignation of Sheriff Newell Normand.   Curiously Normand retired a couple of days after his top deputy chief, Craig Taffaro, was indicted on tax evasion from proceeds of a business Normand and Taffaro own together.  Normand claims the indictment of his longtime friend and business partner is unrelated to his retiring with a full pension.  Merely a Coincidence. 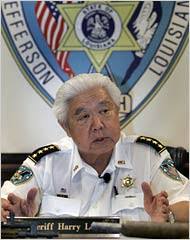 In fact the Jefferson Parish Sheriff’s department has been infamous for decades. And JP sheriffs have a history of being handed out light sentences by the feds and being allowed to resign from office.  In July of 1979, former JP Sheriff Al Cronvich pled guilty to misdemeanors and was forced to resign as sheriff. His successor was the reformer, Sheriff Harry Lee, whose relationship with former Governor Edwin Edwards and a prominent Jefferson Parish family, the Guidry’s, was the source of countless FBI investigations. As the feds closed in, Lee died after battling cancer.  Harry Lee’s successor, Newell Normand maintained a business relationship with the Guidry’s, resulting in the same scandal ridden administration as his predecessors.

Normand and Taffaro ran CTNN(their initials), a company that had only two sources of income.  One was from a not so cleverly designed not so clandestine business relationship with the Guidry family.   But the corruption ties run across parish lines.  Another target of current FBI investigations is current Lieutenant Governor Billy Nungesser.  Normand and Taffaro also nefariously made money with Nungesser.  And Nungesser has been under investigation since his days as President in Plaquemines Parish, which borders Jefferson.  Nungesser’s business did nearly all of its business with, you guessed it, the Guidry family.

Meanwhile,  the transition in power seems contrived.  The interim sheriff is Chief Deputy Joe Lapinto. Lapinto mysteriously resigned a powerful House seat last year to spend time with family and take a job with the Sheriff’s office.  His elevation to interim chief catapults him ahead of 30 and 40 year veterans.  Be on the lookout for future indictments of Nungesser or Shane Guidry.  Or maybe this is just one big coincidence.  We will see.