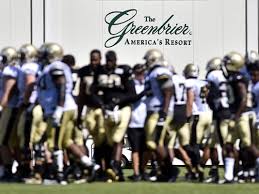 Draft picks are like weather reports.  Sometimes an alert warns of a soon to hit tornado, sometimes you get a lot of rain and sometimes you get nothing at all.  Too often under Mickey Loomis, the Saints’ draft picks have been of the false alarm variety.  But the addition of Jeff Ireland to the staff may have stemmed the tide.  In fact, the Saints are so confident in their new man, that they traded a proven player(Brandin Cooks) for a high draft pick(there 2nd 1st round pick).  And this year the Saints even added more picks to try to improve the team.

But draft picks are also like saplings – they take a while before you can depend on their strength.  So just as the Saints are relying on the best available information to make a selection/guess, this THINK504 grading process has a bit of speculation.  But to eliminate some of the guesswork, this grade will factor in the Saints need instead of gauging how the players’ talent will translate onto NFL playing fields.

After three consecutive 7-9 seasons, that saw the team break offensive records and be historically bad defensively, before the draft most people expected a rush for defensive talent.  Let’s look at what the team did.

Five of the seven picks were defensive players A

Saints draft a safety in 2nd round  B

Saints trade up and draft a 3rd down back  D

Saints draft inside linebacker  B

Drafts are crapshoots.  Sometimes players become hall of famers – the Saints have drafted 3(Can you name them?) in their entire history – and sometimes the player has a long productive career with the Saints.  Often picks are busts – remember former 1st round picks Johnathan Sullivan and Jammal Brown – while some go on to be franchise greats – think Deuce Mcallister or Cameron Jordan.  Who knows how this year’s picks will turn out?

So this grade is how well the Saint’s drafted to benefit the team.  While drafting for need is frowned upon by most NFL execs, the best teams draft for need within reason.  Given Loomis’ success rate is around 50%, drafting the best player available may not be the best approach.

But those 3 drafted Hall of Famers are – Rickey Jackson, Willie Roaf and Moten Anderson