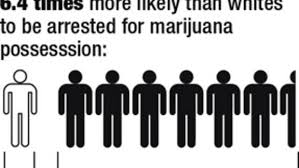 Have an open discussion about race and achievement gaps and disparities and invariably the discussion will consolidate around two key generally accepted factors – parental involvement and education.  Most people say parents have to be parents and influence their children. And an emphasis on education can transform the life of children.

While these are accurate and necessary ingredients to success in life for all people, you may be shocked to learn of the high number of impediments to educational success in America.  Last week, the Civil Rights division of the Department of Education released the latest results of its data collection of nearly every public school in the country.  And the results were disturbing nationally and alarming in Louisiana.

If we expect schools to be vessels for success then they must be nurturing supportive places that welcome children and educate them.  Schools have always dealt with learning differences amongst students.  Little Tyronne is better in math than little Johnny, but Johnny reads at a higher level.  The best schools are adept at developing the strengths and weaknesses of each student.

According to U.S. Secretary of Education John B. King Jr., “despite significant work from districts across the country, the persistent disparities shown in the new Civil Rights Data Collection—which collected data from all public schools and school districts nationwide for the 2013-14 school year—highlight the need for a continued focus on educational equity”.  Some of the most glaring disparities were: 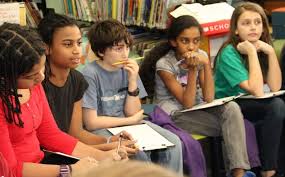 In Louisiana the stats are even more disturbing.

In New Orleans, many point to the charter movement as progress.  But most of the charter schools systems in New Orleans that are run by out of state operators seem afflicted with similar stories.  Most have inexperienced, Teach for America teachers who have not cultural familiarity with the students they must teach.  Hence we have high expulsions and constant teacher turnover.  Our children are left in the lurch.

The 15 year old in the silver sedan who terrorized the city by committing over 40 crimes last week had been expelled from school since January.

2 thoughts on “Education and Crime Linked”