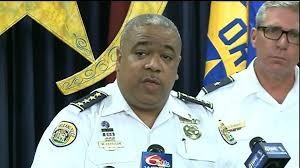 When you see a young black thug attack and rob an innocent white guy who was just out to enjoy life you understandably get angry.  When you read young black thug and innocent white guy enjoying life and do not pause, you are a victim of narrative bias. (Click Here to Read a previous article about narrative bias).  In short, the Fraudulent American Narrative Bias (FANB) casts African American men as incorrigibly violent, irredeemably wretched, and inveterately criminal.  Look no further than the mass incarceration of black men, the string of police killings of unarmed men and the subsequent court rulings absolving nearly every officer.  Contrast this with the pristine and pure and prized nature of white men in the FANB.  Look no further than the unfettered access to resources like jobs, capital, information and an ability to kill innocent black men with impunity that white men enjoy.

This white good/black bad narrative is ingrained in American life.  American slavery was built upon this concept.  Jim Crow laws were litigated upon this concept. Currently mass incarceration corrals because of this concept. And all Americans are indoctrinated in the confines of the FANB.  Seeing the video and cherishing your own limiting beliefs about black men activates your instinctive call for more police and criminal punishment.  The FANB also controls your solution seeking response when you hear of a mass murder at Sandy Hook or white parents whose kids die in a hot car while they gamble.  Some addiction or mental illness not the innate criminality of perpetrators is the cause.

When you see the next video of a black man attacking a white man from behind recognize the bias that is controlling your desire to call for more police.  Open your mind and think that human being is not an animal who is seeking prey.  Think of a neighborhood with 60% unemployment.  Think of a neighborhood with even the people who are employed full time are still mired in abject poverty.  Think of a baby who wants to go to see the new Disney movie but her father has no extra money and her mother is trying to find enough money for food.  Think of a family that has to choose between insurance or two used tires.  Open your mind and think of the desperate conditions that far too often result in the very violence you detest.

There are thousands of reasons to humanize the perpetrators of crime.  Picture a bubbling hot filled to the rim vat of gumbo.  Multiple ingredients.  They have been subjected to government hostility their entire lives.  If the father was not a victim of over-policing and not incarcerated, he was likely unemployed or under employed.  His education was likely not emphasized.  Access to cash or business opportunities in an impoverished neighborhood are scant.  Pulling up your bootstraps typically only means unbearably tight boots. Cyclical, constant, pervasive and inescapable poverty creates misery and anger.  Drug and alcohol use temporarily ease the pain but often lead to more and worse outcomes.

But the biggest problem with the FANB is it is a distraction from the real solutions.  Putting a Band-Aid on the sore caused by cancer will no more affect the underlying issues than putting more police officers on the street will stop crime.  Unless and until we invest in jobs and life uplifting, the next victim of a knock in the head might be you.