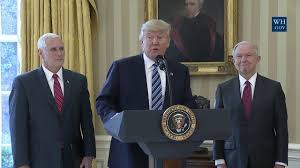 populations or exercising regularly boosts energy.  When candidate Donald Trump promised more law and order, people thought that would be a good thing.  Who is against cutting crime?  But high crime is actually an indication of broken families and an unbreakable cycle of poverty and incarceration.   Everybody knows when Trump says “increase law and order” he’s talking code for putting more black people in jail.  But this will actually increase crime and worsen the crime problem across America. And increasing police patrols and further burdening poor communities will devastate budgets.

Devastated poor white and African American families have borne the brunt of these failed policies. High incarceration rates in these communities has shattered family stability and heavily contributed to cyclical poverty. The costs to maintain these prison populations has wrecked city, parish (county) and state budgets.  Remarkably, investing in drug treatment and jobs with living wages would not only save billions, but reduce crime. 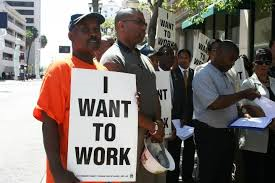 Yet President Trump has signaled the exact opposite course of action.  He hired a U.S Attorney with a dubious past and celebrated his confirmation by signing three executive actions.  Though his words seem to make sense – “creating a task force to reduce violent crime in America” – the real consequences of the previous Presidential executive action to get tough on violent crime has resulted in the highest increase in the incarceration of nonviolent offenders in American history.  People are more conscious and aware today. The expansion of the currently imploded mass incarceration complex has hurt too many families and, with Jeff Sessions at the helm, will likely result in the continued incarceration of poor and people of color for nonviolent offenses.  Fatherless families fervently feed further lawbreaking.

Independent review of the effects of the lock em up  policies, reveal a destructive drain on dependable resources. States can not have both paved roads and huge prison populations.   Now conservatives in many southern states have chosen to find those tossed keys, since unlocking the prison door not only frees up these resources but will actually reduce crime.  Now President Trump seeks to restore “Law and Order.”

Smart people will resist Trump’s latest attempt to terrorize communities of color with overzealous police and  fanatical prosecutors at the expense of safer communities and necessary services.